We recently found out that production on Lionsgate’s and Saban’s Power Rangers has already kicked-off in Vancouver, and now we have our first official look at the new team courtesy of Entertainment Weekly. Weirdly enough, they’re not wearing their costumes, so that makes this reveal a lot less exciting. Regardless, here’s your first look at Billy, Kimberly, Zack, Trini and Jason: 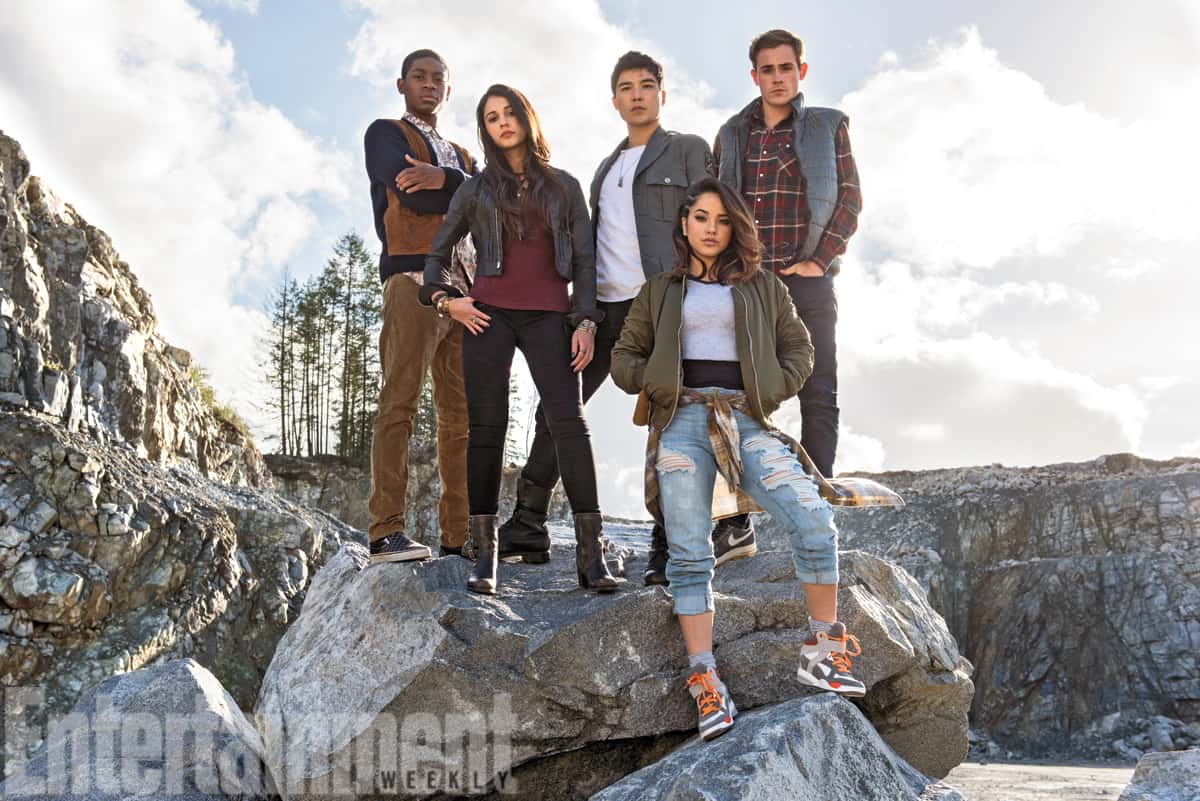 The magazine also had a chance to speak with director Dean Israelite, who revealed that the members of the team won’t be friends in the beginning of the movie, just like every incarnation of the team. He also talked about their costumes, which were made by Weta Workshop:

We’ve really pushed ourselves to make them feel different from any other superhero costume that’s out there. One key that’s different to the Power Ranger suits is that they’re not really suits that people get into. They’re suits that morph onto our kids, so they already have this almost metaphysical quality to them.

The director then touched upon the villain of the movie, who will be none other than Rita Repulsa. The character will be played by Elizabeth Banks, and Israelite shared how excited he is to have her in the cast:

It’s very exciting that we got [Banks], and I think what she loves is the opportunity to really embrace the insanity and deliciousness of Rita Repulsa in terms of how weird and wonderful that character was, and really dive into and consume that character. You should always be off-balance when you’re watching her. Is she insane? Is she totally calculated? Does she know what she’s doing? Elizabeth can toe that line really well.

What do you guys think? Are you looking forward to this new Power Rangers reboot? Sound-off your thoughts in the comment section below.