Now that the Justice League trailer is upon us, breaking it down visually is easier. We got a nice look at J.K. Simmons as Commissioner Gordon and Amber Heard as Mera. But we also got our first look at Barry Allen/The Flash’s father, Henry.

Based on the trailer, it’s clear that they’ve kept the storyline of Henry being wrongly accused of his wife Nora’s murder. The brief glimpse of him is also very reminiscent of a similar scene from The CW’s The Flash in the way it’s set up and the hands on the glass.

In Justice League, Henry Allen will be played by Billy Crudup. And since Henry is making a cameo appearance in the film, it’s even more likely that we’ll get a glimpse of Barry’s long-time love and reporter, Iris West (Kiersey Clemons), in the movie as well, even though she didn’t appear in the trailer. Check out a screenshot of Henry Allen below! 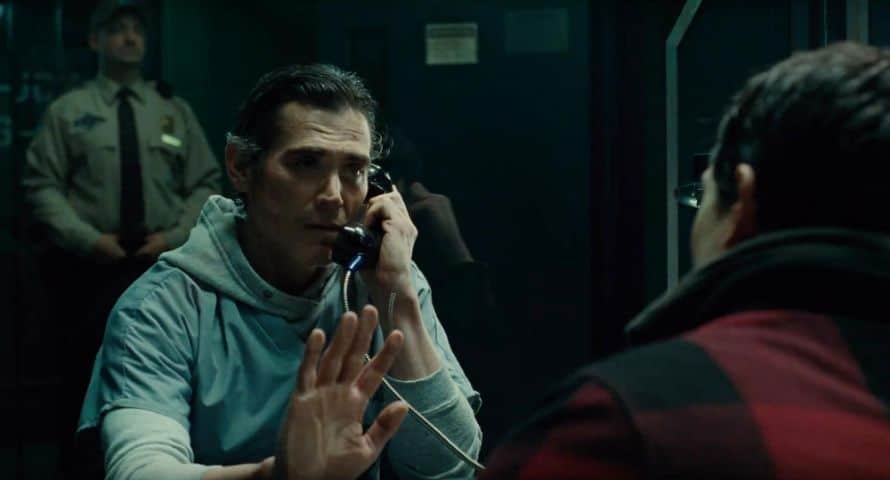 Here’s the official synopsis for the Justice League movie: