Disney and Pixar are ramping up the promotion for their upcoming 2017 film Coco this holiday season, starting with a first look featuring the lead character.

The 3D-computer animated film is set to be released all the way in November 2017, and will be directed by Toy Story 3 director Lee Unkrich. The movie centers on a 12-year-old boy who sets off on an adventure along with a companion, with which they uncover some age-old mysteries about the boy’s family.

You can view the first released image below. 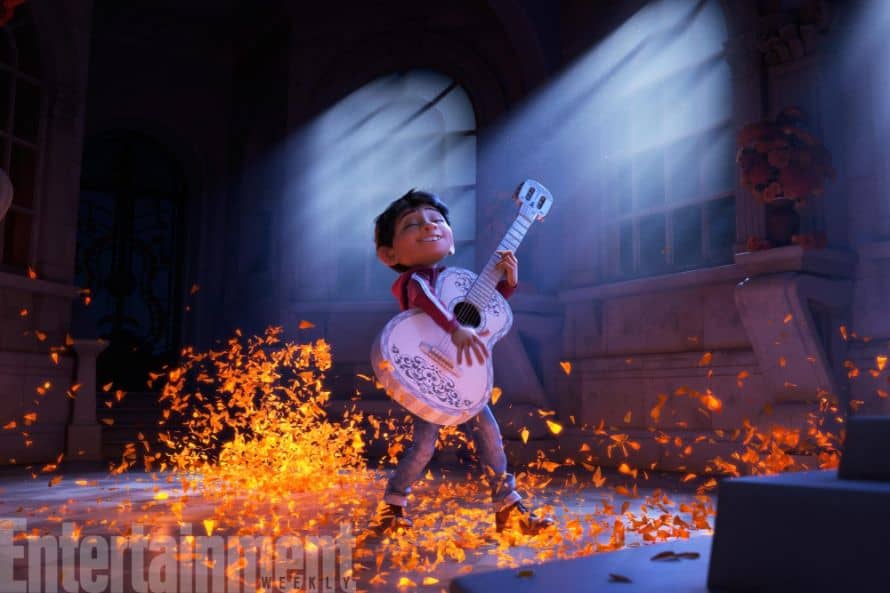 The first look arrived along with a few words on the film from director Unkrich. When talking about how much the musical side of the film takes dominance, he had the following to say:

“[It isn’t] a break-out-into-song musical, [it’s more one] set against the backdrop of musical performance.”

Furthermore, Unkrich touched on how the story is bigger than just one family:

“The day John Lasseter gave the thumbs up for this movie, I immediately felt this huge weight drop onto my shoulders because I knew that we were doing something different than we had ever made at the studio and that for the first time, we were going to have this enormous responsibility to do right by this culture and not lapse into stereotype or cliché.”

Here’s a synopsis for Coco:

Despite his family’s baffling generations-old ban on music, Miguel (voice of newcomer Anthony Gonzalez) dreams of becoming an accomplished musician like his idol, Ernesto de la Cruz (voice of Benjamin Bratt). Along the way, he meets charming trickster Hector (voice of Gael García Bernal), and together, they set off on an extraordinary journey to unlock the real story behind Miguel’s family history. Character actress Renée Victor also joins the cast as Abuelita, Miguel’s grandmother.