A character that many fans have been waiting for will finally be joining Optimus Prime and the rest of the Autobots on the big screen next summer. The official Transformers Twitter account has revealed the very first look at Hot Rod from the upcoming fifth installment in the franchise, Transformers: The Last Knight. The character first appeared in the Marvel’s Transformers comics before joining the animated series in 1986’s The Transformers: The Movie where he became the leader of the Autobots following the death of Optimus Prime.

The character description provided for the character in the upcoming film describes him as a “brash and slightly arrogant” protector who is Bumblebee’s “brother-in-arms”. I have no problem admitting that I’m a huge fan of the Transformers film franchise and this latest character addition has just raised my personal excitement for this next film. Could ‘Rodimus Prime’ be in store for the franchise’s future? Do you have any ideas regarding what kind of car he might transform into? Let us know what you think about this newest addition to the Autobot roster in the comments section below.

Hot Rod: This is no cartoon. #transformers pic.twitter.com/6cF83EnhgD 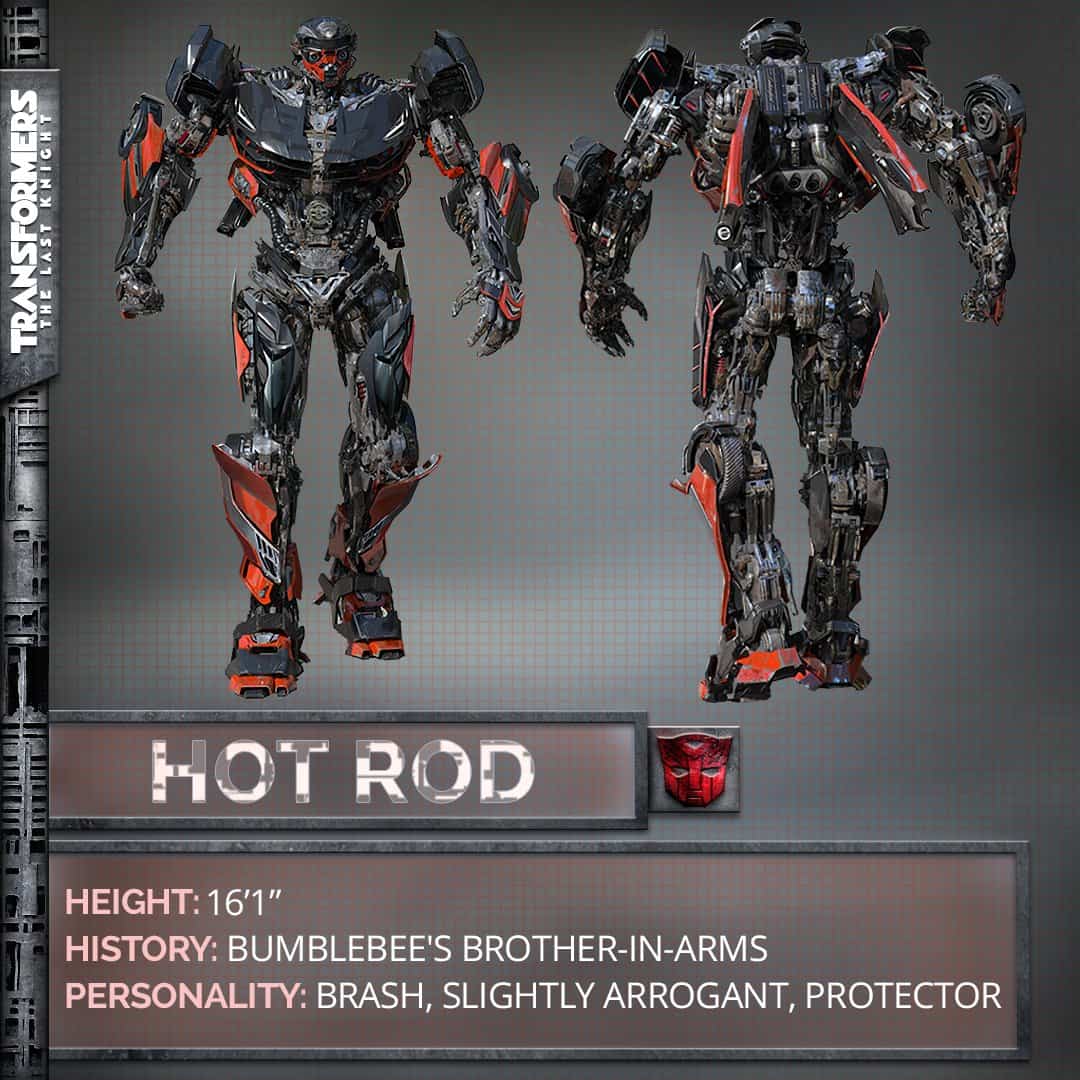 Transformers: The Last Knight is set to transform and roll out into theaters on June 23, 2017.