The first look at Nora Fries, who will be played by Stephen Amell’s wife Cassandra Jean, in the Elseworlds crossover has been revealed.

The upcoming Elseworlds crossover is set to feature the third live-action version of Nora Fries, who has also appeared in Batman & Robin and Gotham. Since Batman: The Animated Series‘ groundbreaking “Heat of Ice” episode, Nora has been the wife of Mr. Freeze, who is terminally ill and put into cryostasis until Freeze can find a cure. Nora will be played by Cassandra Jean Amell in the highly anticipated CW crossover and like the Elseworlds title suggests, it looks like an alternate take on Nora will be introduced.

The first look at Nora in the crossover has been revealed and shows her gazing at Mr. Freeze’s notorious ice gun: 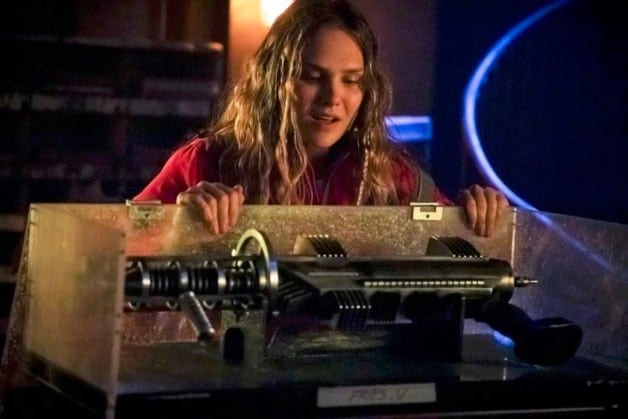