The end of Agents Of S.H.I.E.L.D. season one saw Agent Phil Coulson handed control of the organisation. Of course, the events of Captain America: The Winter Soldier meant that was a very different S.H.I.E.L.D. to the one Nick Fury ran. This year there’s a brand new man in charge, and you can see him suited up for his new role below.

Jason O’Mara is playing the new director,who is set to take the series in a new direction. Co-showrunner Maurissa Tancharoen said, “It’s definitely a new dynamic that we added to the mix. Things have been shaken up a bit.” 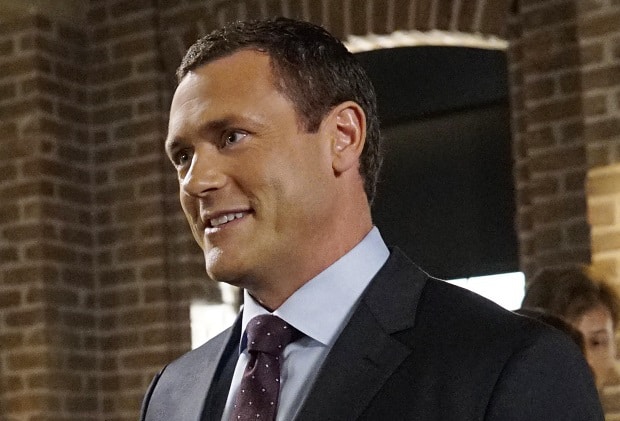 It’s also been revealed that Coulson was replaced in order for S.H.I.E.L.D. to be fully reinstated. They can’t have the organisation reinstated if it’s being ran by someone who is believed to be dead. That should allow for some butting of heads between the former director and his replacement, especially with Coulson’s protege Daisy Johnson running riot in the streets.

We still don’t know what to call the new director. By the sounds of things, that’s because he has a name that will be very recognisable to Marvel fans. We’ve been told his name has roots in the 1940s, while O’Mara himself said, “It’s a manly name, Yes, a very manly name.”

It’s likely to come from some early Marvel comics, but could it be an MCU reference? Both Captain America: The First Avenger and Agent Carter are set in the 40s. Could O’Mara play a descendant of one of the Howling Commandos? Or possibly Agent Carter herself?

We’ll find out when Agents Of S.H.I.E.L.D. returns for a fourth season on September 20. It’s been moved to a 10/9c timeslot to allow the series to get a little darker, which is sure to happen now that Ghost Rider is on board.