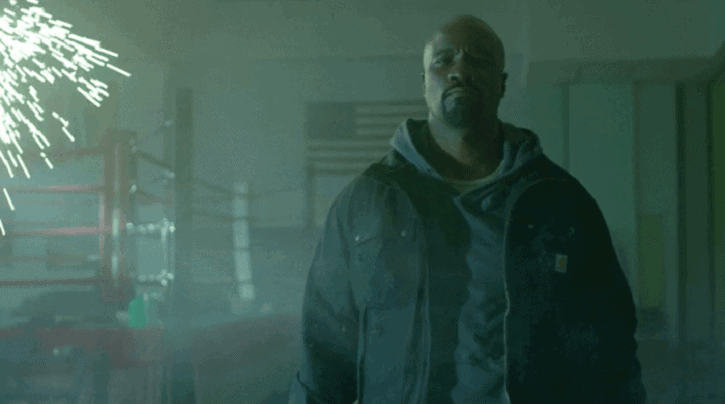 This weekend we got the official logo and teaser for Marvel & Netflix’s upcoming Luke Cage series and we now know who directed the first two episodes as well. Director Paul McGuinan has confirmed via Twitter that he directed both the pilot and second episode of the upcoming series debuting in September.

@empiremagazine @LukeCage …don’t tell anyone but I might have directed the pilot and second episode…just saying.

If you’re unfamiliar with McGuinan, he is the director behind films such as Push, Wicker Park & Lucky Number Slevin. He also has directed a few episodes of Sherlock as well as the pilot for Scandal. While I didn’t love his most recent outing, last year’s Victor Frankenstein, definitely a fan of McGuinan’s prior work. So, you could say my excitement for this series has just increased quite a bit. Let us know what you think about this news in the comments section below.

After a sabotaged experiment leaves him with super strength and unbreakable skin. Luke Cage becomes a fugitive trying to rebuild his life in modern day Harlem, New York City. But he is soon pulled out of the shadows and must fight a battle for the heart of his city – forcing him to confront a past he had tried to bury.

All episodes of Luke Cage will hit Netflix on September 30, 2016.