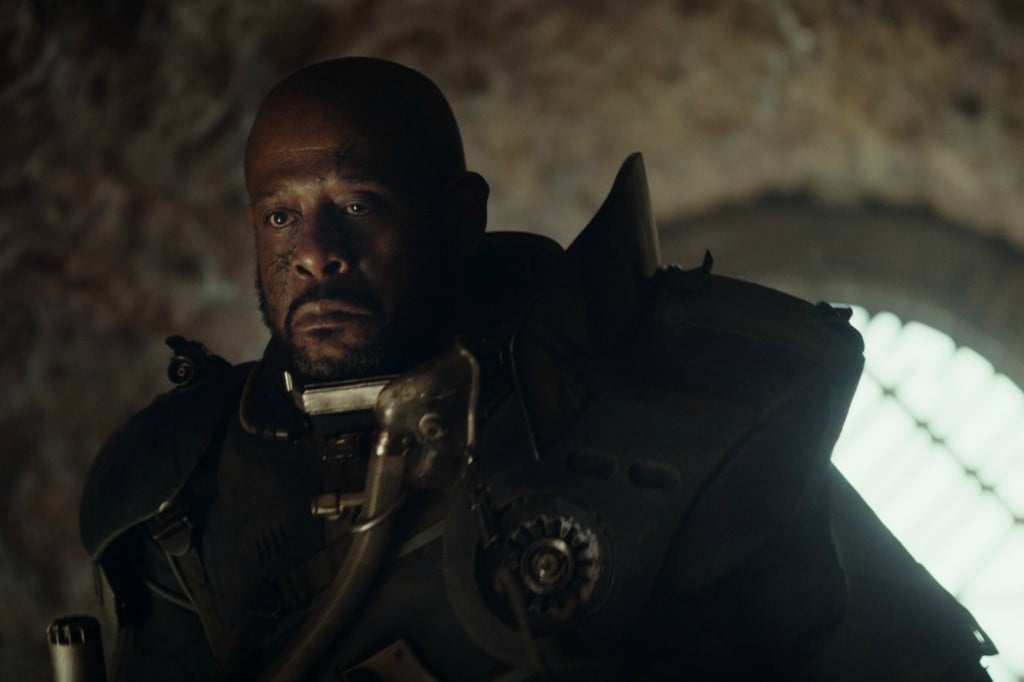 While Rogue One fans anxiously await the next trailer to be released, Forest Whitaker is revealing more details about Saw Gerrera.

This name is familiar to those who were fans of The Clone Wars animated series. Gerrera is a freedom fighter, with help from his sister he employed some radical tactics to rid his home-planet of the Separatist army.

During an interview with Entertainment Weekly, Whitaker explained that his character has many similarities to Darth Vader, including tactics and physical attributes.

“There are some similarities. I don’t know if I should tell you that.”

The similarities extend to the  armored suits that both characters wear.

“This is his armored suit for flight, but also for maintenance. He’s been through many conflicts and many wars, so it’s also about [repairing] some of the many injuries he’s had. He wears it all the time.”

Fans have seen Gerrera in the first trailer for Rogue One but his character continues to evolve and reflect on events of the past.

“I don’t think he’s regretful. I think he really believes that what he has done is right. He understands that the universe could be destroyed and worlds could be destroyed if he doesn’t succeed. And he’s one of the only people who will do everything to make sure the Imperial forces don’t.”