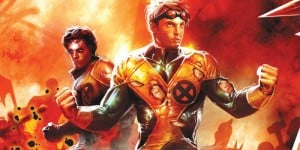 In an official press release from 20th Century Fox and IMAX, it appears the two companies will team up to provide cinema goers everywhere a new Marvel film in glorious IMAX. Following this year’s hit Deadpool, it should come as no surprise that the studio would quickly sign a new deal with the cinema chain as a means to develop a better cinematic experience for the studio’s next Marvel film. In addition to The Maze Runner: The Death Cure, Alita: Battle Angel, and Shane Black’s Predator, it appears the studio has scheduled an untitled Marvel film for IMAX screens too. One would assume this is the upcoming New Mutants film being helmed by Fault in Our Stars director Josh Boone. You can read the official statement below:

“After sharing success with such recent box-office hits as the global phenomenon ‘Deadpool,’ we are thrilled to sweeten the existing deal with our friends and partners at Twentieth Century Fox by providing IMAX fans worldwide a selection of the studio’s most exciting upcoming blockbusters. With this agreement, we look forward to expanding our partnership with Fox and together offer fans around the world IMAX’s one-of-a-kind movie-going experience.”

Question is, will you guys be heading to the cinemas to see another X-Men film set in the Fox universe after Hugh Jackman hands up his claws following next year’s Wolverine 3? The current rumour surrounding New Mutants says it will involved James McAvoy’s Professor Xavier, which should guarantee some fans to return to the cinemas for another adventure.