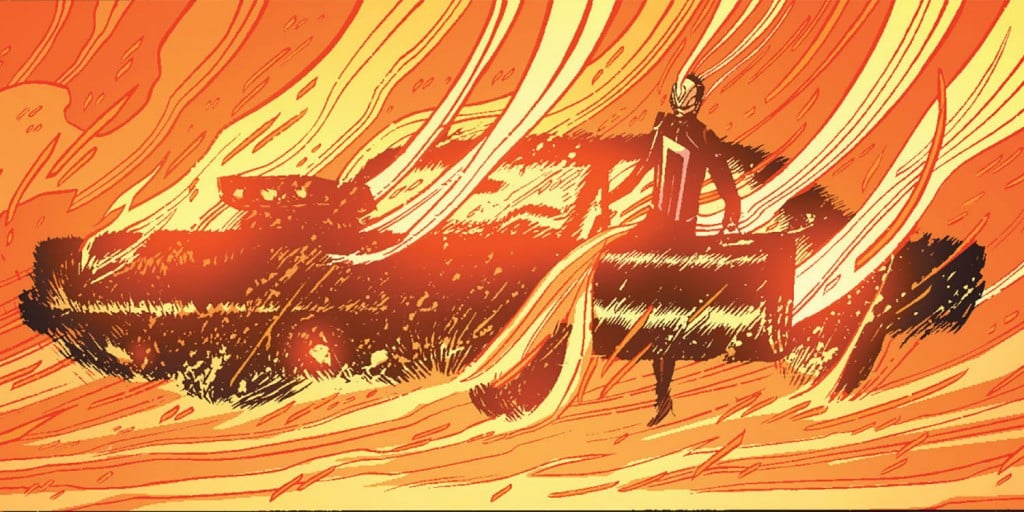 The fourth season of Marvel’s Agents of Shield opens tonight, and with that premieres the MCU’s take on Ghost Rider.

Previously played by Nicolas Cage on the big screen, the Marvel antihero will now be portrayed by Gabriel Luna, the young Texas native who’s making quite a splash in TV.

Aside from being MCU’s introduction of their own iteration of Ghost Rider, Luna’s character will also be the first onscreen version of Robbie Reyes, the recently rebooted version of the character.

Reyes is an example of Marvel’s recent efforts to diversify the characters in its forever-growing universe and Luna’s comments during his rounds of press for Agents of Shield have opened further discussion on Ghost Rider’s fresh origins.

According to a recent interview from Collider,  something that caught Luna’s attention were the similarities he found in the character’s upbringing and family background:

“The first thing that I identified with was the orphan nature of his upbringing and some of the hardships that he deals with, at a very, very young age. There were some striking similarities to (Luna’s) background and his past, and some similar family dynamics.”

Luna also commented on the refreshing take to make the Ghost Rider more of a strength than a curse to Reyes:

“Previous incarnations of the character are men who usually have a pretty decent life, to start out. Johnny Blaze is a famous Hollywood stuntman. Danny Ketch is not doing too bad to start with. And then, the Ghost Rider becomes this really heavy curse on them. Robbie is in an inverted position there. He had some hardships early in his life, and the Ghost Rider actually becomes an empowering thing.”

Using Ghost Ride as a vessel to help push Reyes through his tribulations is an interesting change and a potential device for strong storytelling and character development to look out for when the Agents of Shield’s fourth season premieres tonight.