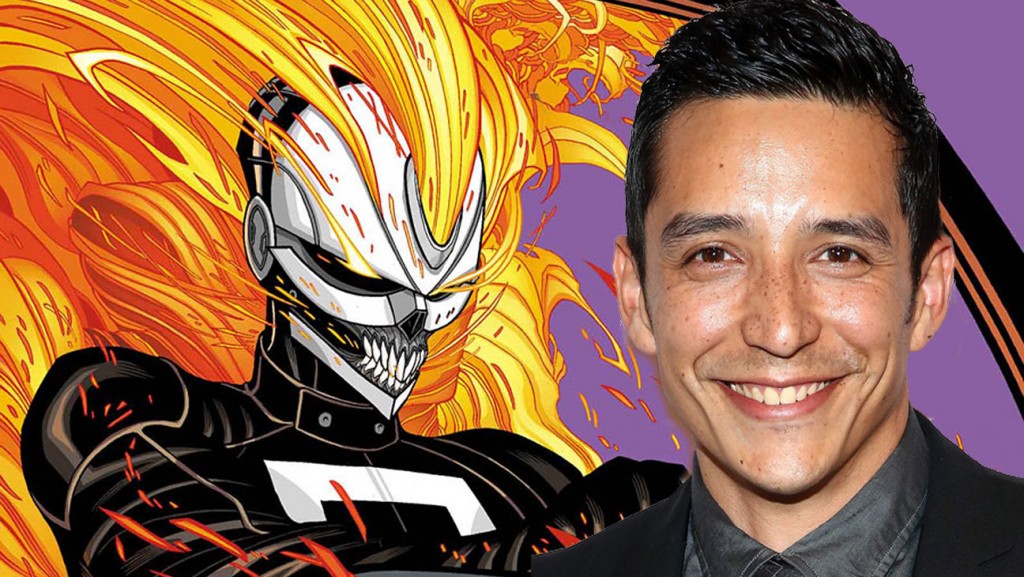 Say what you will about Agents of S.H.I.E.L.D., but the show has been diving into some deep Marvel mythos the past couple seasons between Quake, Hydra, and the other Inhumans. In addition it was officially announced at this summer’s Comic-Con that Marvel comics fan-favorite character Ghost Rider would be added to the show in season four.

Luna spoke to IGN about bringing the fan-favorite character to life, and commented on the changes he plans to make to differentiate his version of the character from any that have come before him. He began by explaining exactly what Ghost Rider is going to bring to Agents of S.H.I.E.L.D. – and that is energy.

“With that kind of title — one of the tentpoles of the company and has been since the Silver Age of comics — it’s immediately going to energize the whole thing and infuse it and give it a sense of danger. The magical element is new to the world. They’ve always been rooted in a very realistic kind of depiction. Marvel’s Agents of SHIELD is a bridge between us the audience and the MCU. It’s like Thor’s rainbow bridge. Now you’re incorporating some of these things that they may not understand. It’s a whole new frontier, which is always cool.”

Luna then spoke about Reyes being a fresh face to fans. The character is Mexican-American and there are not many characters of the same demographic in comics or movies today, so it resonates with a lot of fans who have never had a character in a Marvel show or movie to connect with.

“The most important way is it’s a young fresh face. He’s a Mexican American, he’s from LA. It’s just exciting. Every generation has a different Rider, and the Spirit of Vengeance has traveled and inhabited everyone, from Carter Slade on down. But I think it’s important to carry in a lot of the influence from those other books, because the idea of that alter ego, that spirit, there’s always a fight. It’s much like the Hulk. I was talking to my little brother about it, who’s got an encyclopedic knowledge of Marvel Comics — he’s a grown man now, he’s 31. That’s what Kevin Feige and Jeph Loeb and these guys have built. We all grew up with it, and we all got to continue to enjoy it and be kids.

We read all those books, and what I’m happy about is we infuse it with that dynamic. It’s the same but it’s different. It’s the same tragic story of this curse that they have. They do a deal with the Devil or they do a deal with Mephisto or whoever, or you have to have this bargain with this spirit Eli who lives in Robbie, which is part of the all new Ghost Rider. So I think it’s a great balance of being new and fresh and exciting, and also maintaining the proper dosage of the history and mythos of the character. It’s a really nice balance. I think Jed and Mo and the writing team has done a really good job of doing that.”

And of course, you can’t have a conversation about Ghost Rider without bringing up his ride. Which in this case, is a black “Hell Charger”.

“First of all, those things are so beautiful, and so powerful. They sound like a dragon. We go light them up on stage and it’s just shaking the entire soundstage, and then the scoop’s not even on. We have a blower on the top of the hood that we don’t even use because it’s highly illegal, for one. At that point, it’s a 700 horsepower vehicle. It’s just awesome. But, you can’t really touch the car unless I’m it driving. Brock, who’s one of our transpo guys, goes around with a towel all day rubbing it down. It’s pristine. It’s beautiful. All day, he’s just rubbing her down.”

Are you looking forward to seeing this version of Ghost Rider on season four of Agents of S.H.I.E.L.D.? Do you think he will bring a new dynamic, and will it help energize the show? Make sure to let us know what you think in the comments section about Robbie Reyes, Gabriel Luna, and Ghost Rider!