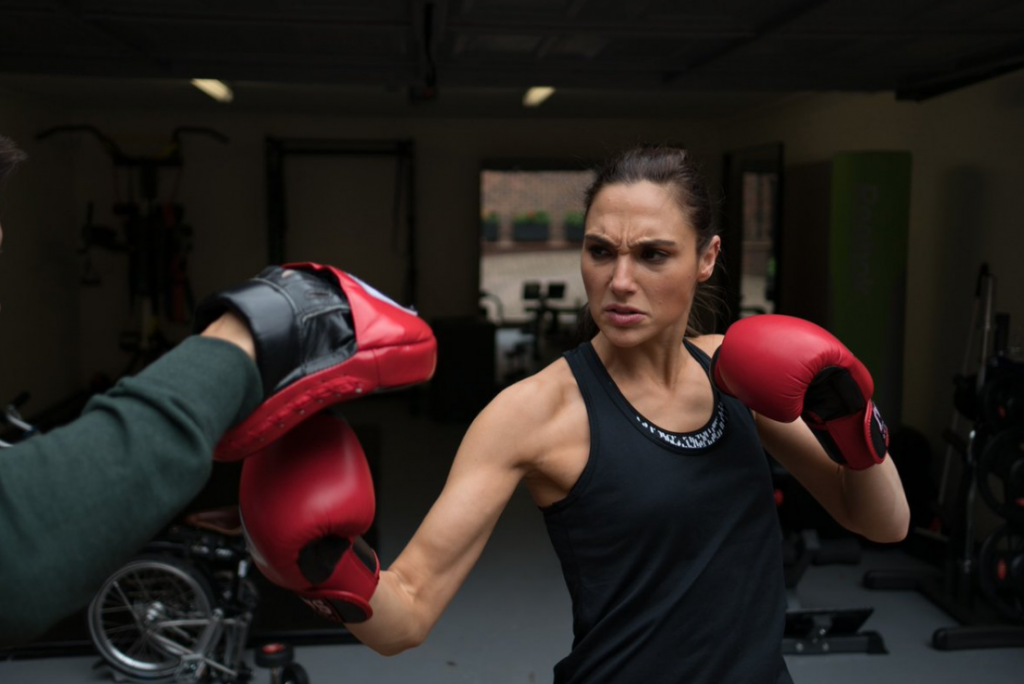 Our Diana Prince continues to build upon her own strength – both on camera and off. Gal Gadot, who has wrapped production on Patty Jenkins’ Wonder Woman a few months back and is currently undergoing production on Zack Snyder’s Justice League as we speak shared a photo on Wednesday of her boxing as she trains for DC’s upcoming superhero team-up.

Gadot has proven to me that she has put in the work to portraying Wonder Woman beautifully. She has shown the strength, courage, and femininity that the character epitomizes, and even though the intense training regimen is something that is par-for-the-course with the superhero movie craze these days, it is nice to see that she continues to push herself physically. I cannot wait to see more of Diana in the DCEU.

You can check out the photo she shared down below. Meanwhile, for your latest DC fix, continue following us here at Heroic Hollywood. There are a lot of stories for you to find thanks to this weekend’s release of Suicide Squad, which is finally in theaters.

One of my favorite workout routines! #boxing #workhard #workoutwednesday pic.twitter.com/EfKkPkFvgG