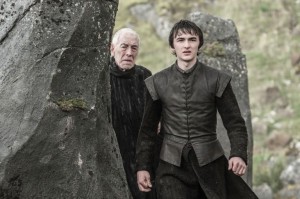 “It’s kind of like, you don’t really want it to end. We really are like a family. For many of us, it’s been seven years of our lives that we’ve been doing this. Every year it’s become like clockwork and a regular part of our existences, so to think that it’s all going to end I think there will be many an existential crisis for most of us.”

Game of Thrones’ end is being drawn out with a delayed Season 7. The delays – simply attributed to the Stark mantra, ‘Winter is Coming’ – will cause Season 7 to debut in summer 2017, rather than the traditional April start time fans have become accustomed to. Wright stated that he has not yet received a script for Season 7 and says it is ‘weird’ breaking from the traditional filming timeline this time around.

“It feels weird, starting so much later, because usually by now we’ve been in Belfast for a couple of weeks [filming] and we’re ready to come home, but what’s slightly terrifying is the prospect that we’re filming over winter now. It’s going to be even colder.”

When we last left Bran Stark, he officially took over the reigns of the Three-eyed Raven and just found out about Jon Snow’s true parentage. Even though he doesn’t have a script, we can speculate that Bran will cross over the Wall and meet up with his brother cousin, King in the North, Jon Snow.

What part do you think Bran has to play in the end game of the series? Are you having an existential crisis over the series coming to an end? Sound off below!