Time Magazine has revealed a look at Daenerys Targaryen’s long-awaited return to Westeros in Game of Thrones.

Plot details on the new season of the HBO hit fantasy series Game of Thrones still remain under wraps, however, the trailer certainly alludes to the battle for the seven kingdoms now that Dany (Emilia Clarke) has arrived back home in Westeros with an army and her three dragons. The new image reveals Dany coming to the shore of Westeros with her council including Tyrion Lannister (Peter Dinklage), Varys (Conleth Hill), and Missandei (Nathalie Emmanuel) as they are surrounded by Dany’s fleet and her three dragons in the background.

In addition to the new image, HBO Spain has released a new video featuring fans in Madrid as they discover new behind the scenes footage which offers a glimpse at new and returning characters as well as the battles to come. You can check out the image and the video below. 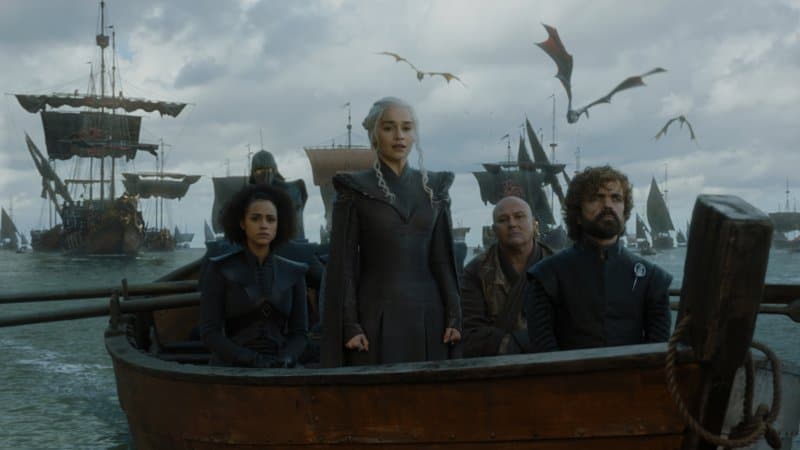