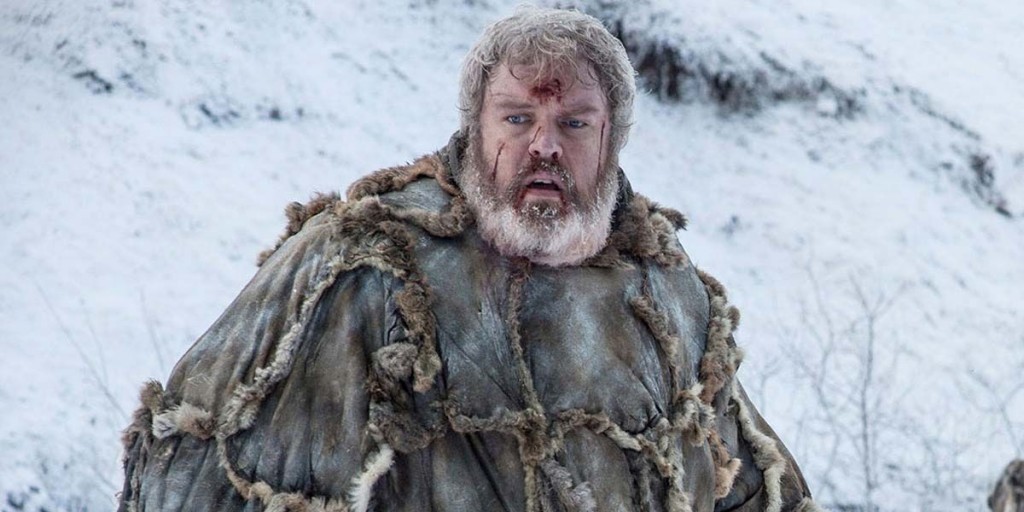 HBO’s Game of Thrones is known for having heart-stopping and surprising moments but a recent seen between Hodor and Bran left audiences speechless, emotional and constantly asking people to “hold doors” for us.

Jack Bender directed “The Door” and originally had a much more brutal scene planned for Hodor’s exit.

“Early on I had the idea to make it one shot that just pushes in and gets closer and closer, and then the parallel high shot that gets closer and closer to Wylis, who became Hodor. I talked about it with [executive producers David Benioff and D.B. Weiss] a lot. I said, ‘What the dead would be doing to Hodor would be ripping his clothes off once they got through that door. They would be ripping his flesh off. If the dead can go through wood, they’re going to be tearing Hodor apart.’”

However after meeting with the Game of Thrones team, Bender realized the importance of letting the audience feel the weight of the moment.

“And they said something to me that really stuck. Which was ‘If it’s too horrific, we’re not going to feel the loss of Hodor.’ And that was my compass the entire time, to make us really care at the end. I still wanted to make it scary enough, see Hodor surrounded and engulfed by these skeletal arms and long fingers, that were eventually going to smother and kill and rip him apart, or whatever they were going to do that we didn’t see. But to not let the horror of it overwhelm the emotion of losing that character and making it really land on the idea that he was sacrificing himself so his friends could get away. That was the dominant idea.”

Nairn, who plays Hodor, opened up about his experience on the show and with the character to Entertainment Weekly. When Nairn was asked about how Hodor went out on the show, he explained that he was extremely happy with how the scene turned out but is still leaving the door open to possibilities.

“I love it. Funnily enough, I just saw [the scene] today for the first time. I couldn’t be happier how he has gone out. The interesting thing is it’s kinda left open. You don’t actually see him [die]. It’s implied. So who knows? He may come back as a White Walker, maybe he got away. But it’s a really good way to do it. I couldn’t have asked for a better goodbye to a character I love. My favorite part is it ties up the question of why is Hodor “Hodor.” Why does he say the word “Hodor”? Only George R.R. Martin or David and Dan could have come up with this. It’s incredibly sad. The minute you finally learn something about Hodor, they kill him!”

Nairn experienced the now infamous scene at the same time that fans did.

“I had tears in my eyes. I don’t see myself on screen, I see Hodor. I always talk about him in the third person. I just saw the character die and it was very sad. I think people are going to a) freak out, b) be very sad.”