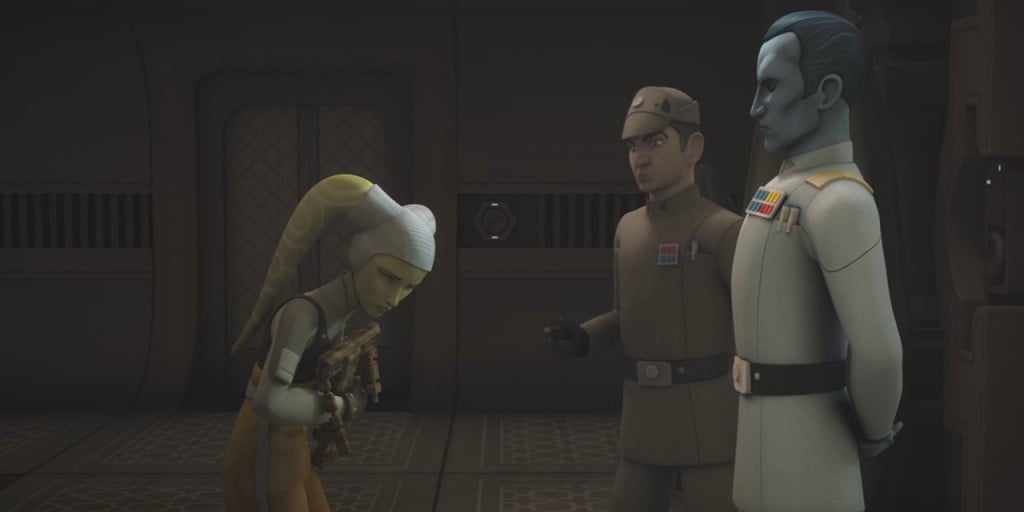 Star Wars Rebels is back with an all new season in just a few days and brings a fan favorite villain to the mix.

Season 3 is looking to be the biggest season thus far with the inclusion of  a fan favorite character, Grand Admiral Thrawn. In the new clip, Thrawn arrives during an undercover mission with Hera and Ezra with interest of knowing what they think of the new imperial occupation. Hera is caught while escaping and is taken into questioning by the empire.

Thrawn is voiced by Lars Mikkelsen, brother of upcoming “Rogue One: A Star Wars Story” star Mads Mikkelsen. Based on the clip alone you can tell that Thrawn has a presence about himself. Not much else is known on how much of the old canon will be brought into Star Wars Rebel, we will have to keep a close eye and see what they bring in future episodes. Grand Admiral Thrawn was created by Timothy Zahn in the novel “Star Wars: Heir to the Empire” which went on to become the popular Thrawn Trilogy known by fans.

Check out the latest clip below and let us know what you are looking forward to the most in season 3 of Star Wars Rebels.

Jordan Hill, I am either watching movies or watching videos about movies.