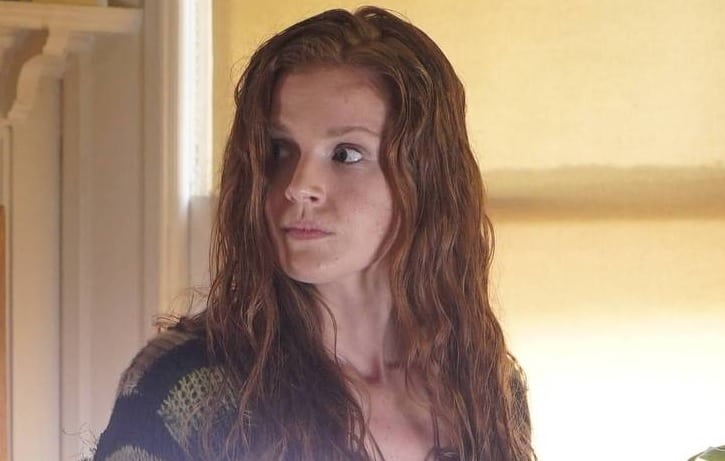 Gotham continues its third year with the rise of the monstrous evil of Gotham City, after a solid premiere last week where we saw Fish Mooney leading her army, with James Gordon targeting them as a bounty hunter. We also saw the temporary fall of Ivy Pepper as she got struck by a youth-sucking man, but as revealed in this week’s episode, didn’t kill her. This week’s episode picks up right where we left off from last week with Bruce being kidnapped by the Court of Owls who he finally interacts with and we also see Ivy, now older, emerge.

Fish continues her hunt for Hugo Strange as she is getting weaker due to her usage of her powers and thanks to a brainwashed Bullock, she finally comes face to face with Hugo. While that hunt is going on, Valerie and Gordon grow closer, despite butting heads throughout the episode. Although it does end up with quite the scene towards the end of the episode and with Leslie’s return to the city, things are most likely going to get complicated.

A lot went down in this week’s episode that we want to discuss so hit the NEXT button below and let’s go through the top 5 highlights and important moments of the Gotham Season 3 episode, “Burn The Witch”!

#3: Ivy Pepper All Grown Up 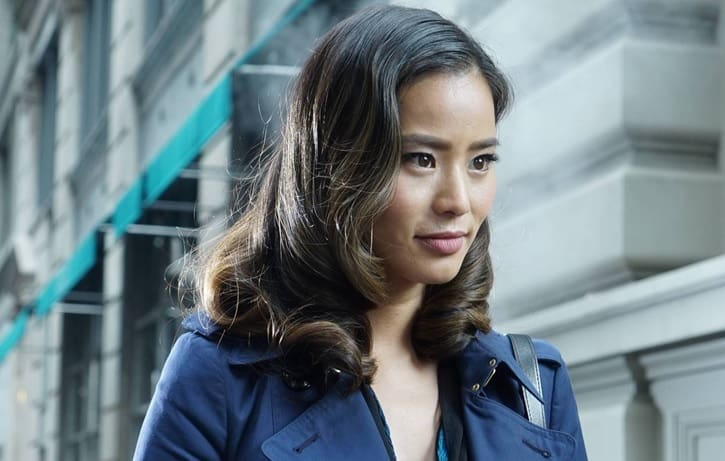 Last week, I talked about how clear it was that the show was setting up a romance between Gordon and Valarie. What I was not expecting though was to see the two of them get to that stage so fast after just one week! This is a show that has 22 episodes so naturally, I expected the pacing of their relationship to be steady, not too fast or slow. But at the same time, we are dealing with a Gordon that has gone all “bad boy” (which has its ups and downs for sure) so at the same time, it shouldn’t be too shocking that they started making out at the end. What was a cliché though was that Leslie just happened to return to Gotham City as this was happening, meaning that despite Gordon and Leslie not being together, tension is coming, but we will see how this all plays out. Although, at least we didn't get a awkward scene with Leslie just walking into Gordon's appartment while he was making out with Valarie, so hurray for that! 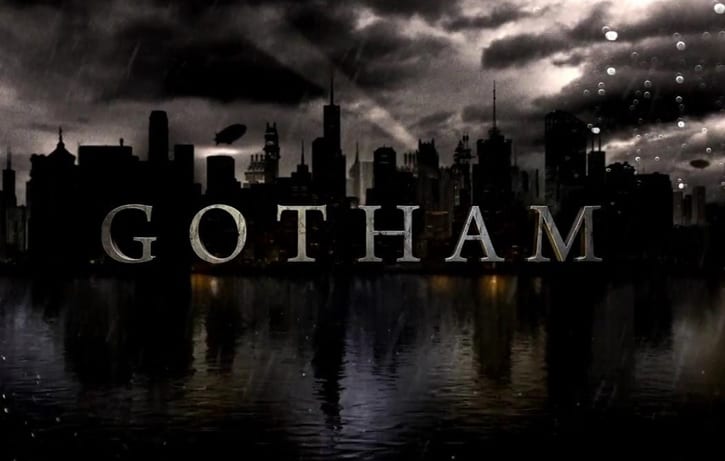 One of the best additions in the second half of Season 2 was the arrival of B.D. Wong as the villainous Hugo Strange, who stole the show quite a lot in his episodes as he is just that deliciously evil. However in this episode, we see him being hunted by Fish as she needs his help to find a cure for her as her powers come with a price. Something that came to mind that I hadn’t even thought of last week, was during tonight’s episode where Hugo is explaining to Fish how she is the first of a new species, which got me to think: is this how Gotham is setting up meta-humans in their universe? I’m still not sure what the monsters of Gotham City are being qualified as, whether it’s as supernatural or meta-humans. We will talk more about Hugo’s future on the show later on, but overall, it was great to see him again because Wong is just that good.

When I first heard that Gotham was going to age-up Ivy Pepper through one of the monsters, I wasn’t really sure how to feel about it. Having someone like Poison Ivy, previously the same age as Bruce, now being older this early in the Batman mythology just feels odd, especially as she is supposed to set her eyes on Bruce this season. However, I went into this episode with an open mind and seeing what Maggie Geha did as this new Ivy, was intriguing. Although, given that she had only two scenes, with lead with her taking a man’s life, felt like maybe, just maybe, this arc could have been expanded in a later episode. I just feel that when you introduce a story element this big, that it needs its own focus instead of just two brief scenes. But regardless, I’m still open to see where they are going with this and how it will be executed. My only fear is that Ivy will only be used as a tricky love interest for Bruce and nothing more which would be a shame. I want to see her to be a force to be reckoned with and hopefully, the storyline will deliver. 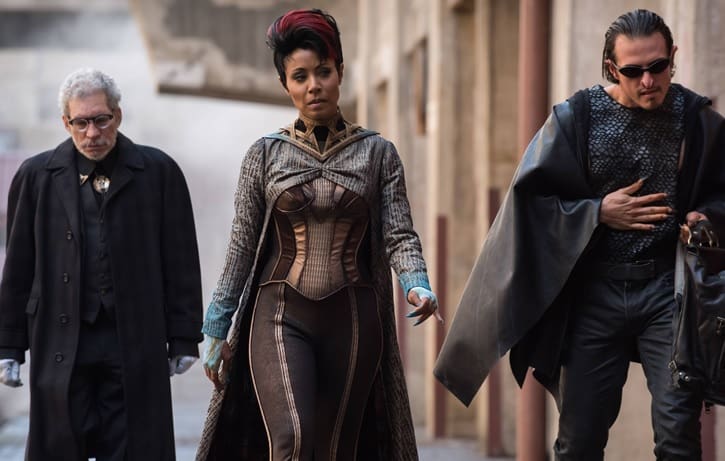 Even during its first season, when the show was still finding itself, I always loved seeing Penguin and Fish have any type of scene together because of how well the actors play off each other. The scene at the end where Fish pretty much has a heart-to-heart with Penguin about why she never killed him, which lead Oswald to letting her go, was incredibly powerful. Because of a recent interview, I knew that this was going to be Fish’s last episode for a while, which is why I was hoping for a powerful exit which would leave the door open for her eventual return. It also made sense for the show to also let Hugo exit for now too, as he will probably help Fish get a cure off-screen, which is alright because there are already so many plots that we will be dealing with this season. 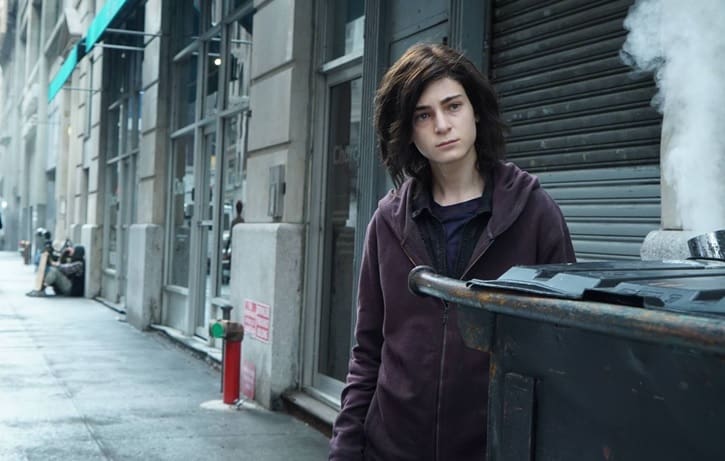 While I’m not sure how I feel about Bruce’s interaction with the Court of Owls lady at the beginning, even though it was fun and intense, the cliffhanger of this episode was a neat surprise. We knew that eventually they would explain what would be the situation with Bruce’s clone, and the show went into a different direction as I was certain that the Court of Owls would get their claws on him. But instead, we see him discovering Bruce at the mansion and for that, I give the show a lot of credits for not pulling something unexpected. Although you never know what can happen, maybe the Owls did already get a hold of him and this is just part of a bigger master plan. Either way, I’m excited to see what is coming next with the clone.

Verdict: Despite a lot of superb acting in this week’s episode, in particularly from Jada Pinkett Smith and Robin Lord Taylor, “Burn The Witch” felt like a slight stepdown from last week’s episode. Certain arcs didn’t feel necessary for this particular episode, given how little focus there were or how fast things went. They could have waited with Ivy’s re-introduction for an episode where she could have gotten more screentime. The quick progression in the Valarie and Gordon relationship felt both odd while at the same time not.