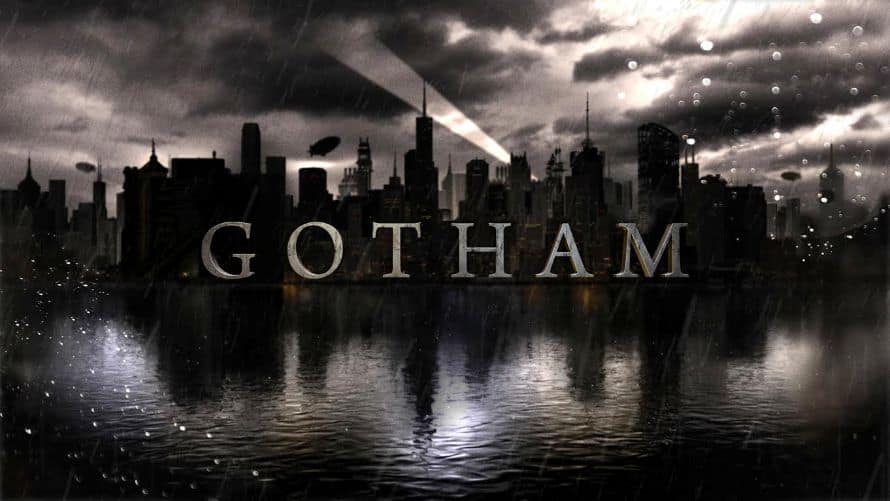 There’s no doubt that Fox’s hit pre-Batman series, Gotham, has taken creative liberties in the way the caped crusader’s origin has been approached. Sometimes controversial (looking at you Jerome), but always inventive (looking at you again, Jerome).

Now the network has just released promotional key art for Gotham’s Season 4 tag line which has surprisingly morphed from the original “Dawn of Night,” which was introduced at a Comic Con panel,  to “A Dark Knight,” which propels the twisted series closer to Batman’s reign according to a new article in TV Insider.

Back in July at a Comic Con panel, the network unveiled an advertising shot of young Bruce Wayne (David Mazouz) looking out over Gotham  with the line “Dawn of Night.” But these new images get more in line with the canon explored in many of the theatrical takes.  In the first banner, Bruce, looking focused and grim, shadows an even grimmer Jim (where’s the mustache?) Gordon (Ben McKenzie) with a bat-infused cape flapping behind him.

In the second banner, which is clearly aimed one hundred percent at the the fanboys and girls, a hooded and focused Bruce stares out from behind an early version of the cowl that will eventually become part of his intimidating look.

What do you think? Is it too early for Bruce? Or does this start moving the series along, a common complaint that pre-Superman Smallville often faced.