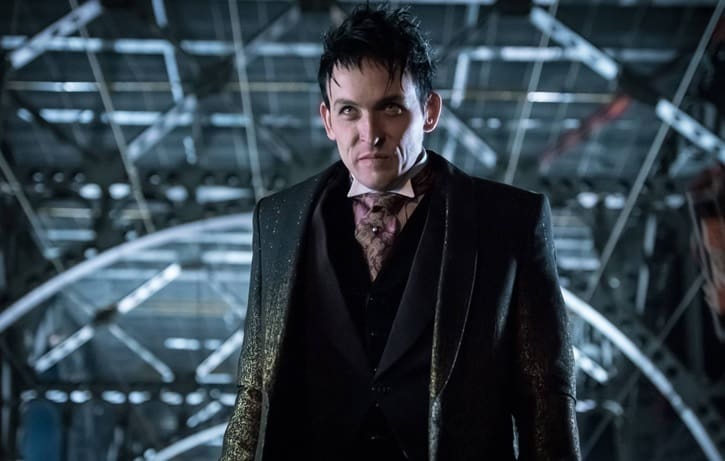 The second season finale of Gotham left fans wondering just what state they would find the famous city in when the show returned for a third season. The marketing campaign surrounding season three has been focusing on what a “Mad City” Gotham has become and the season premiere synopsis echoes that.

As in previous seasons, each episode will be titled starting with the tag line “Mad City.” The premiere is titled, “Mad City: Better to Reign in Hell.”

The synopsis is as follows:

IT’S A MAD CITY ON THE ALL-NEW SEASON THREE PREMIERE OF “GOTHAM” MONDAY, SEPTEMBER 19, ON FOX

Gordon works in a monster-ridden Gotham as a bounty hunter and seeks to find answers about the Indian Hill escapees, and why their powers appear to be killing them. Meanwhile, Bruce’s doppelganger roams the streets, and Barbara and Tabitha open a new nightclub called The Sirens in the all-new “Mad City: Better to Reign in Hell…” Season Premiere episode of GOTHAM airing Monday, Sept. 19 (8:00-9:01 PM ET/PT) on FOX. (GTH-301) (TV-14; L, V)

Are you looking forward to Gotham season three? Comment below and let’s talk all things Gotham.