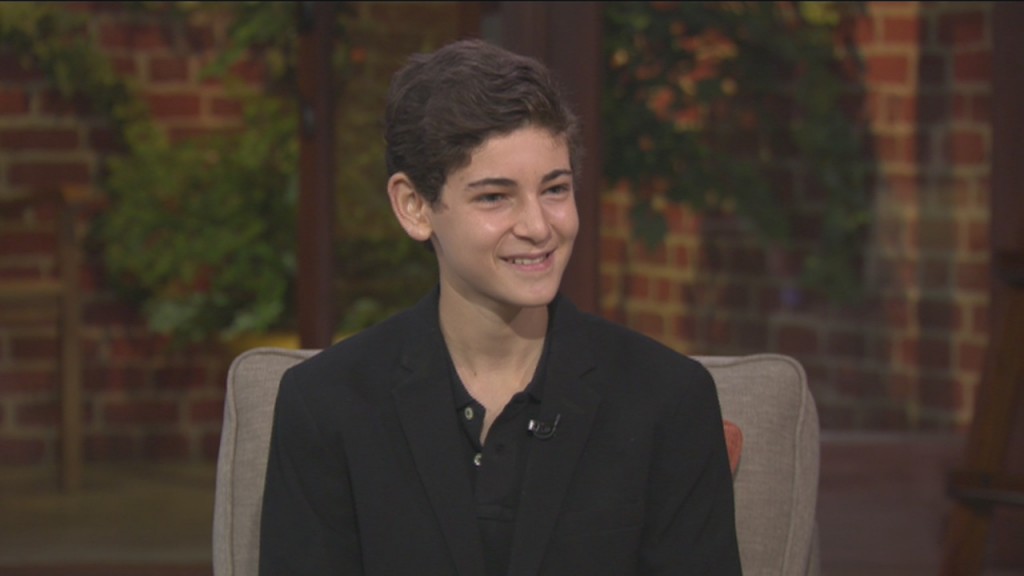 Despite a poor critical reception, Suicide Squad seems to be finding some love among fans. One of these fans is Gotham‘s very own Bruce Wayne. “I loved it!” said David Mazouz, the 15 year old actor who portrays the future Dark Knight on Gotham. Fortunately, Mazouz had more to say than that, and gave a very interesting analysis of the movie, highlighting key similarities between his own show and DC’s latest film.

“You love them. They were bad guys, but you love them. And that is something that we do on Gotham, if you look at someone like the Penguin. Any other incarnation of the Penguin that you see in the comic books, he’s evil and just kind of this… and in Earth One by Geoff Johns, I’m thinking about it because I just read it, he’s this mayor, and he’s just evil. He’s bad. There’s nothing redeeming about him. He’s just a bad guy. But with Gotham, you like him. He has redeeming qualities, he cares about his mom. And Robin Lord Taylor kills it, but you know that you’re doing something right when you’re rooting for the bad guy. He’s a terrible, terrible person. He kills people with absolutely no regret. But you like him. When you think about it, it’s insane that fans are voting for the bad guy. You know you’re doing something right. That’s what Gotham is. That’s what Suicide Squad did perfectly, also. They’re these terrible people that — Deadshot, he’s this hit man that has no regard for life, I mean, he said it. ‘I sleep like a baby even though I kill people on a daily basis,’ and Harley Quinn is just this — but you like them because they have redeeming qualities. They’re fun.”

It’s nice to see that Mazouz is continually reading the comics, and if he’s reading anything written by Geoff Johns we can expect to see some great things in the future.

Did you enjoy Suicide Squad? Would you like to maybe see Gotham take on the Squad in some way in the future? Discuss in the comments below.

Suicide Squad is out in theatres now, and Gotham returns to our screens on Fox on Monday Setpember 19th.

With Season Two’s thrilling conclusion, Detectives Jim Gordon and Harvey Bullock remain at the forefront of the fight against crime in this dangerously corrupt city. Throughout the past season, Gordon’s moral compass wavered more than ever, as villains emerged from the city’s darkest places. With the help of Hugo Strange (guest star BD Wong), a brilliant psychiatrist secretly conducting horrifying experiments for Wayne Enterprises’ black-ops program, Indian Hill, familiar faces arose, including Azrael, formerly Theo Galavan (James Frain); Mr. Freeze (guest star Nathan Darrow); and Fish Mooney (guest star Jada Pinkett Smith). Meanwhile, Bruce Wayne, with the help of his trusted butler and mentor, Alfred Pennyworth, and his ally at Wayne Enterprises, Lucius Fox, found out there are more secrets to uncover regarding the Waynes’ murders.

Heading into Season Three, GOTHAM will continue to follow the evolving stories of the city’s most malevolent villains: The Penguin; Edward Nygma/The Riddler; Selina Kyle/the future Catwoman; and Barbara Kean. GOTHAM also will dive into the origin stories of The Mad Hatter and the Tweed Brothers, and will peel back the curtain on the Court of Owls.