In the most recent episode of The Flash, Jay Gerrick shows Grant Gustin’s Barry Allen a map of the different Earths he has visited. On the map, the name Thaddeus Brown can be seen on Earths 4, 32, and 260. Thaddeus Brown is the name of the first Mister Miracle, who goes onto train his successor, Scott Free. Grant Gustin’s The Flash and the greater Arrowverse has pulled from a lot of obscure DC Comics in the past, but, surprisingly, this is the first easter egg about Mister Miracle.

You can check out a screengrab courtesy of ComicBook.com below: 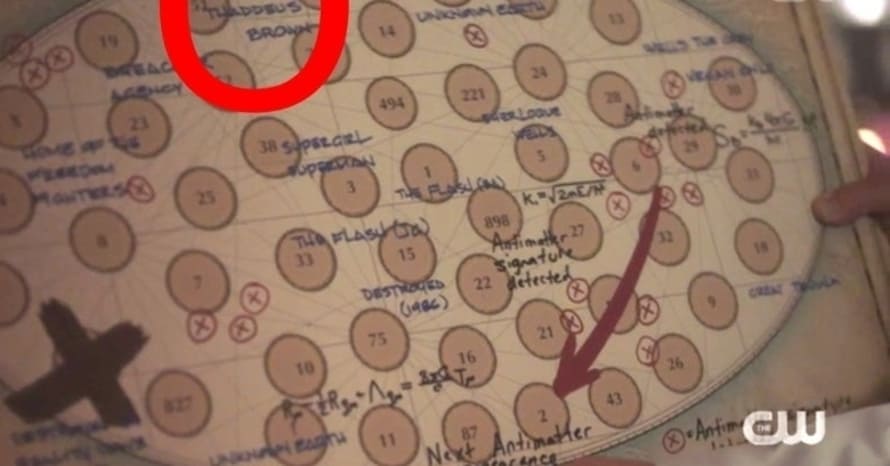 Here is the synopsis for tonight’s episode of Grant Gustin’s The Flash,  “A Flash of the Lightning”:

JOHN WESLEY SHIPP TO GUEST STAR – Faced with the news of his impending death, Barry’s (Grant Gustin) resiliency suffers as he struggles to fight fate. Meanwhile, Cecile’s (Danielle Nicolet) career as a D.A. conflicts with her identity when she crosses paths with a villainous meta-human. Chris Peppe directed the episode written by Sam Chalsen & Jeff Hersh (#602).