Brett Dalton’s Grant Ward is without a doubt one of the characters on Marvel’s Agents Of S.H.I.E.L.D. that has undergone the most drastic changes over the course of the last three seasons. The most recent of these being the death of the character at the hands of Phil Coulsonand his return as  ‘Hive’. In a new interview on Marvel.com, Dalton spoke about the re-invention of the character this season and the philosophy of the ancient Inhuman being.

I don’t know if…he’s a straightforward villain. He’s certainly a reinvention of the character, but you will see he actually does have a philosophy about what the world could be now that he’s there, and it’s quite inclusive, actually. It’s not about taking over the world and doing all of that stuff, as cool as that is to do. There actually is something there that might be, I would say, in a shade of grey. But it is a combination between the two. This is a centuries-old being who is looking at human endeavors.

Additionally, Dalton added that the character’s perspectives on the world don’t quite fit into human morality as “he’s used to being worshipped as a god on Maveth. All of these things are completely different than Ward, so I couldn’t just have a caved-in chest and call it a day.” With this new interview also came a new piece of concept art for ‘Hive’ that you can check out below before sounding off with your thoughts in the comments section. 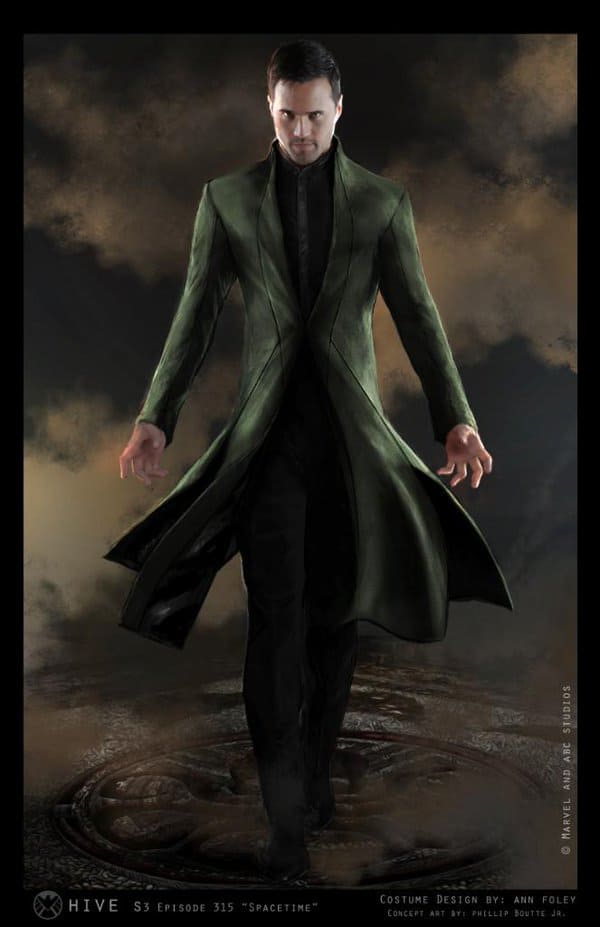