EW has debuted two first look images of Hasbro’s new interactive Baby Groot figure from Marvel’s Guardians of the Galaxy Vol. 2, just a few weeks before the International Toy Fair 2017, which takes place on the February 18th through the 21st in New York.

The figure, called Dancing Groot, stands at 11.5-inches tall, and lights up and dances along to Jay & The Americans’ “Come A Little Bit Closer,” a song from the official Guardians Vol. 2 Mixtape soundtrack. The figure will retail for $34.99 and will be available for purchase this spring.

Check out the images of the Dancing Groot toy below: 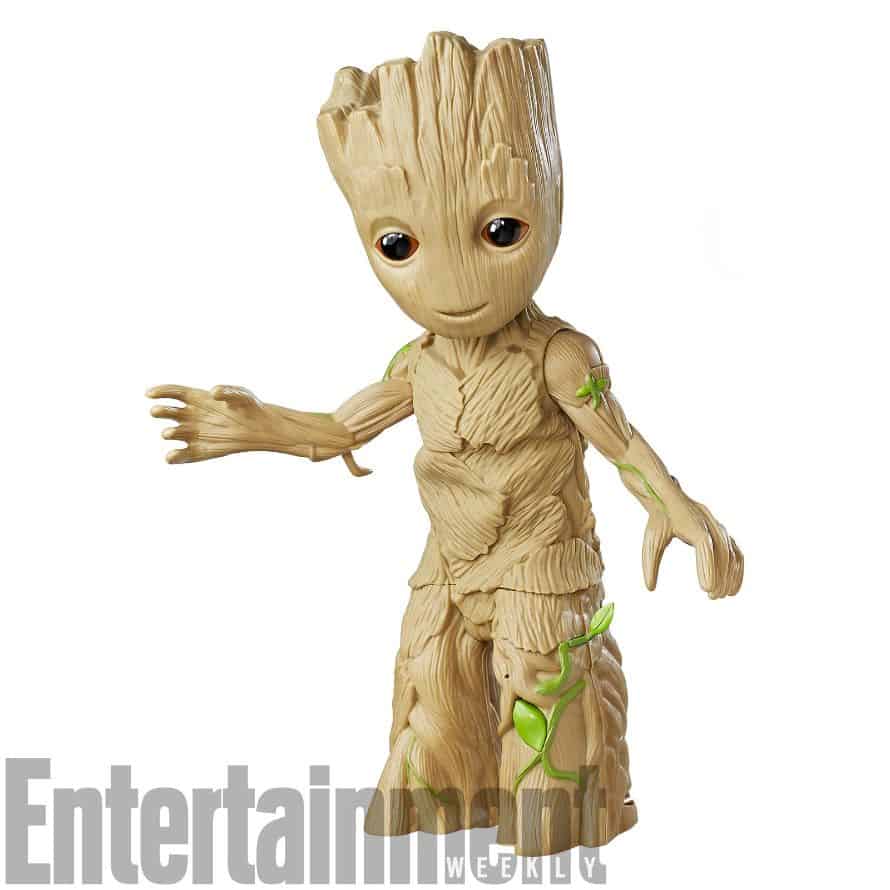 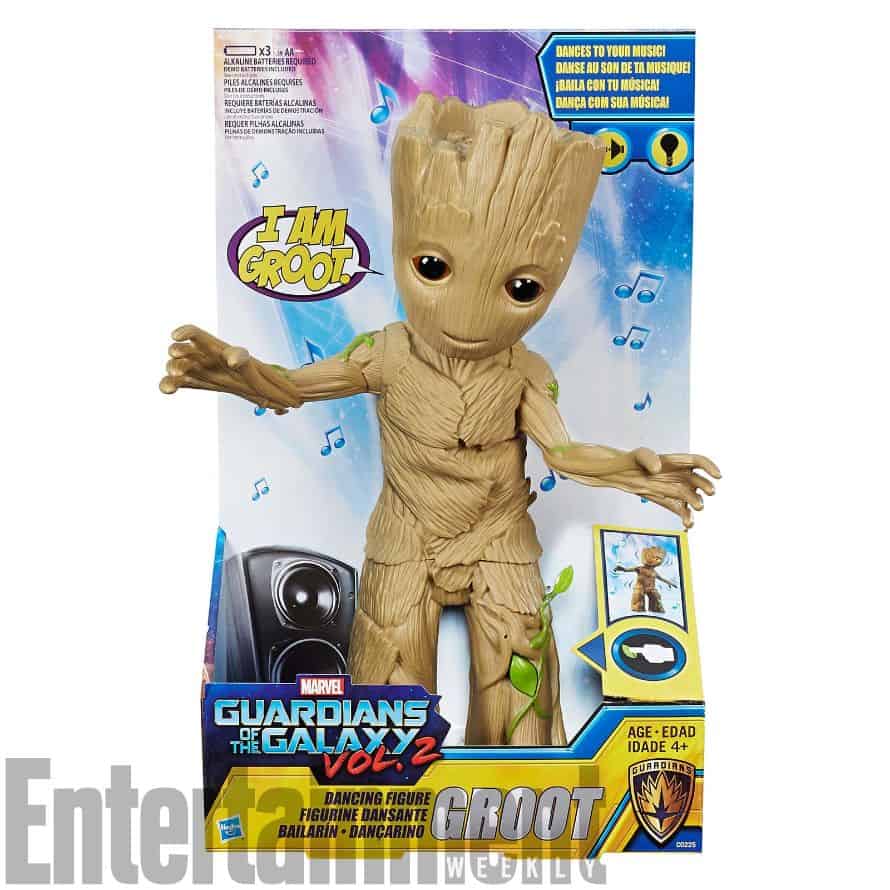 I’m sure this thing is gonna sell like crazy. I mean, who doesn’t love Baby Groot when he starts dancing? All’s I ask is that you leave one (or seven) for me.

“Set to the backdrop of ‘Awesome Mixtape #2,’ Marvel’s Guardians of the Galaxy Vol. 2 continues the team’s adventures as they traverse the outer reaches of the cosmos. The Guardians must fight to keep their newfound family together as they unravel the mysteries of Peter Quill’s true parentage. Old foes become new allies and fan-favorite characters from the classic comics will come to our heroes’ aid as the Marvel cinematic universe continues to expand.”

Directed by James Gunn, Marvel‘s Guardians of the Galaxy Vol. 2 hits theaters May 5, 2017.