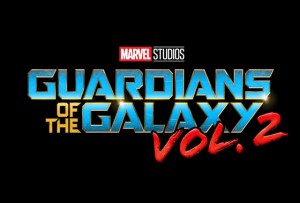 Director James Gunn shared concept art for Guardians of the Galaxy Volume 2 online today. The artwork will appear in the upcoming issue of Empire Magazine.  The concept art shows the Guardians engaging battle with some sort of space-dinosaur type of creature.  Empire calls it “the product of a particularly successful Tinder date between an Exogorth and a Sarlacc.” James Gunn calls the creature an “Abilisk.”

This is a nice nod to the comic book where many times members of the Guardians would don jet packs for when they had to do battle either in outer space or in the upper atmosphere. It seems that the upcoming film will be incorporating that from the comic book. In the picture Star-Lord, Rocket, Gamora, and Drax are flying towards the battle with the monster. Baby Groot however, seems to be falling oblivious to the action going on.  Missing is the new Guardians, Yondu, Nebula, and Mantis. This probably might mean that the scene is something that happens early in the film before the team gets bigger. Perhaps they are off on their own adventure. Hopefully, the upcoming issue of Empire Magazine will show more cool items like this!