Director James Gunn likes to share plenty of behind-the-scenes bits when he’s making his films, however this time around he’s shared one from an unseen deleted scene from the first Guardians Of The Galaxy. This image, which is of “Groot’s Last Supper”, is a re-creation of Leonardo Da Vinci’s 15th century masterpiece “The Last Supper” featuring characters from the film. Gunn commented on the scene and where it originally fit in the film.

This was a shot from Guardians of the Galaxy Vol. 1 that got cut from the movie and was never finished. The great artists over at Framestore finished a frame and just gave it to me as a gift. Thanks, guys! It was from the end of the scene where Drax is getting drunk and rooting on the F’saki chasing the Orloni. 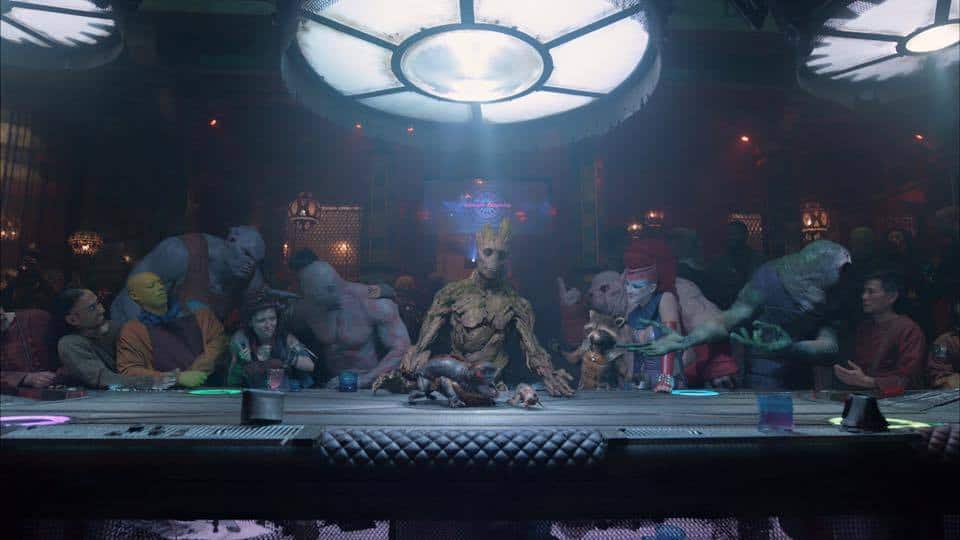 Set to the all-new sonic backdrop of Awesome Mixtape #2, Guardians of the Galaxy Vol. 2 continues the team’s adventures as they unravel the mystery of Peter Quill’s true parentage.

Those a-holes will be back when Guardians Of The Galaxy Vol. 2 hits theaters on May 5, 2017.