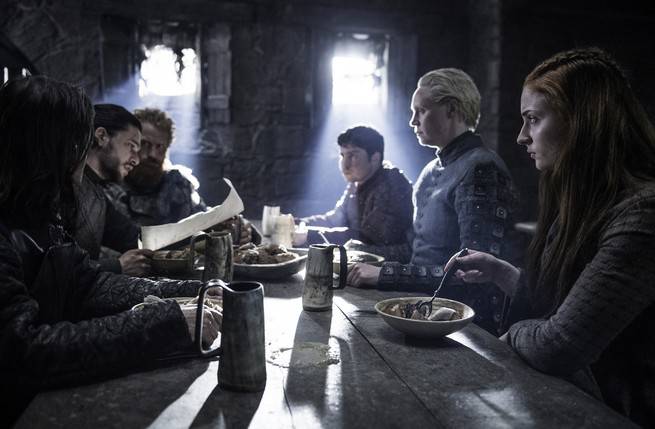 HBO has released an online copy of the letter Ramsay Bolton sent Jon Snow. The letter, as read in the episode entitled “Book of the Stranger,” is usually referred to by fans as The Bastard Letter or by some the Pink Letter. The Bastard Letter is a more apt name, as the letter is being sent from one bastard to another.

The letter threatens Jon Snow and his half-sibling Sansa, as well as belittles Jon’s accomplishments as a member of the Night’s Watch. Ramsay also threatens Rickon, whom he now has in captivity.

You can view the letter below: 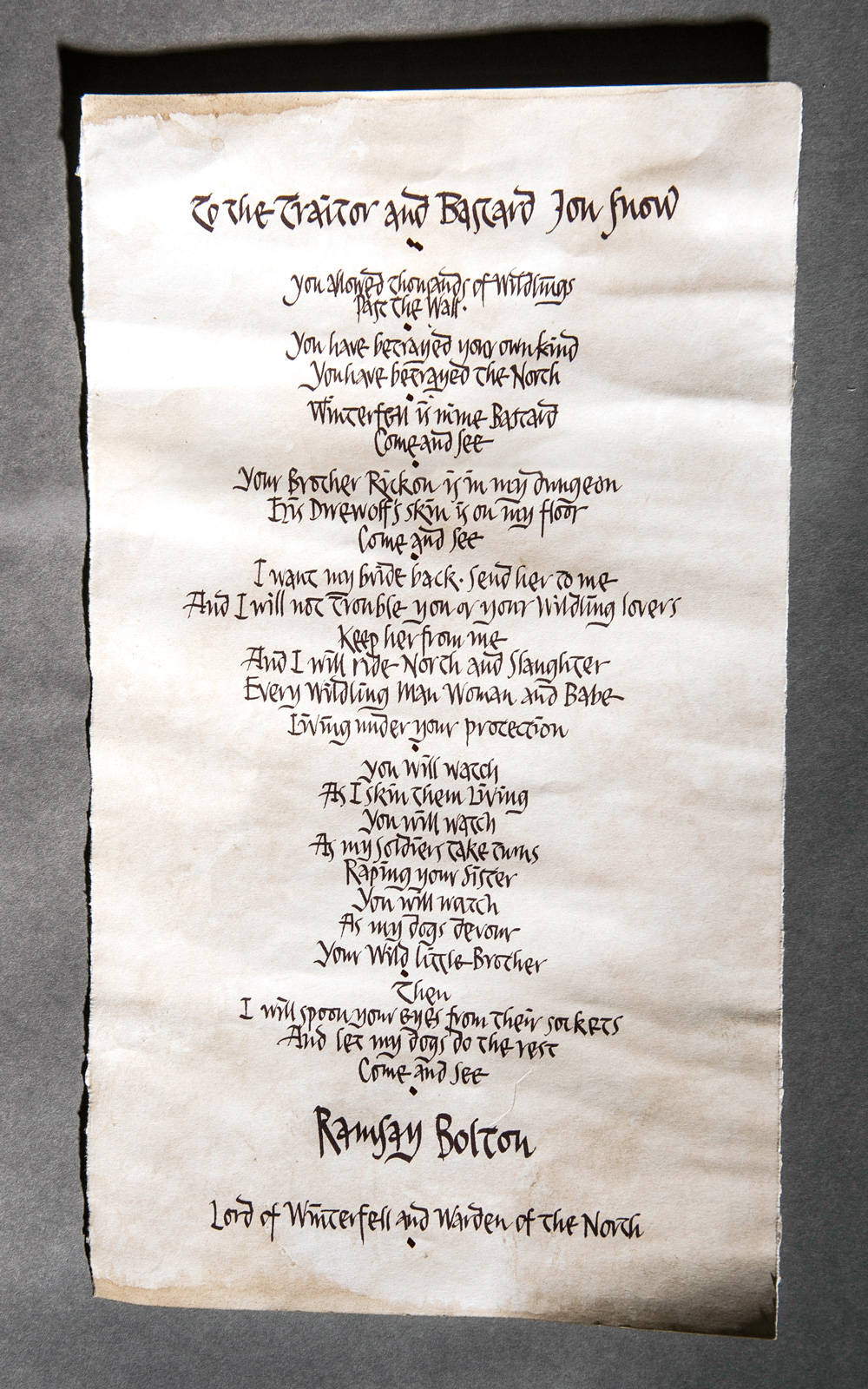 The horrendous handwriting makes the letter look to be in a different language upon first glance. Ramsay’s status as a bastard must not have provided him with the schooling to learn proper penmanship.

For those who are having trouble reading the above letter:

To the Traitor and Bastard Jon Snow

You allowed thousands of wildlings
past the wall.

Winterfell is mine Bastard
Come and see

I want my bride back. Send her to me
And I will not trouble you or your wildling lovers
Keep her from me
And I will ride north and slaughter
Every Wildling man woman and babe
living under your protection

Ramsay Bolton
Lord of Winterfell and Warden of the North

The letter will likely be instrumental in fostering a ‘battle of the bastards’, with Jon Snow moving an army against Ramsay Bolton at Winterfell.

Game of Thrones airs Sundays at 9 p.m. EST on HBO.