Not too long ago, we got a glimpse at a promotional image for the Millennium Films Hellboy reboot, which apeared at the Cannes Film Festival. Now, the studio has officially released the image, which is an illustration from series creator Mike Mignola.

There’s not much to say about the Mignola-drawn promotional image which has been officially unveiled by IGN, so we’ll just let it do the talking for us below: 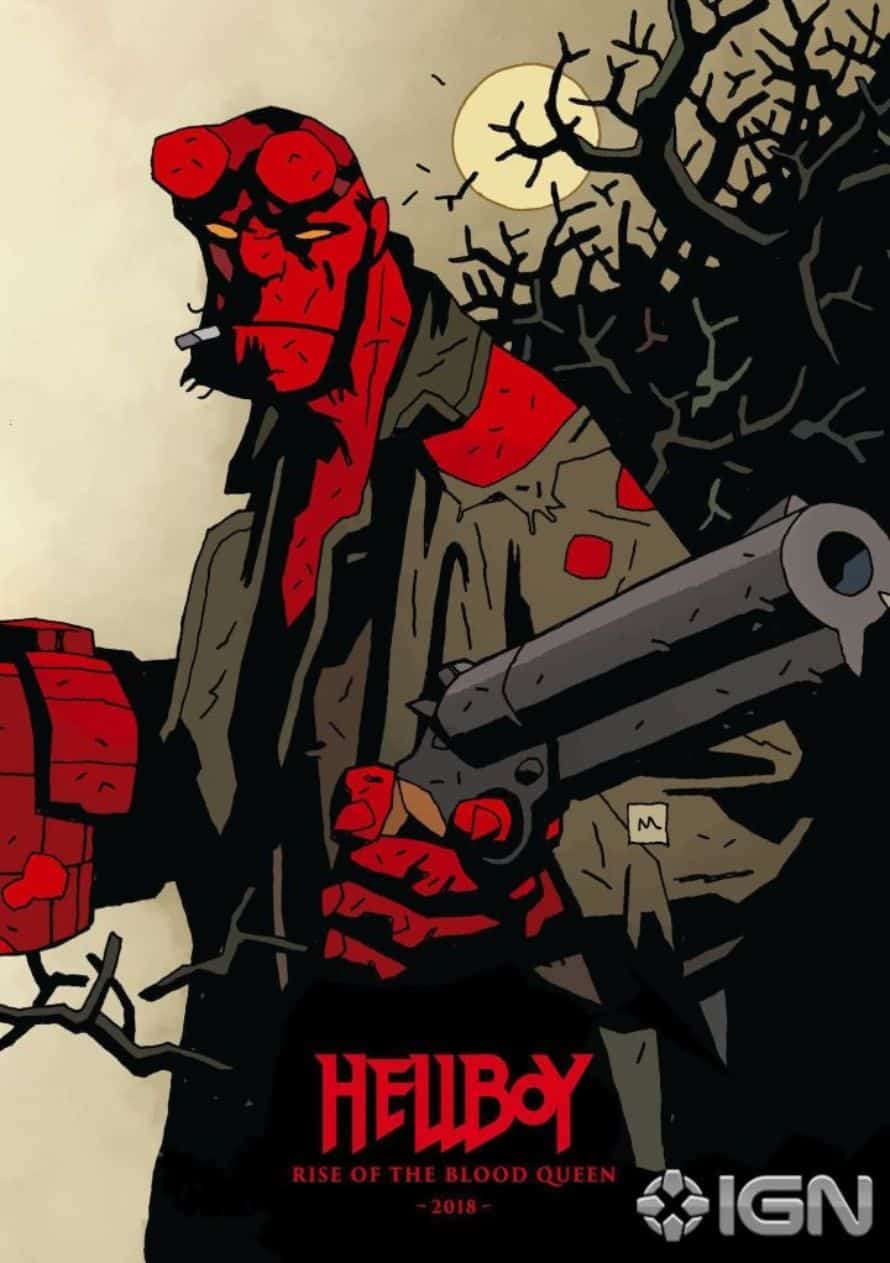 Directed by Neil Marshall (The Descent, Game of Thrones) and starring David Harbour (Stranger Things), Hellboy: Rise of the Blood Queen will not be related to the previous movies (which were both directed by Guillermo Del Toro and starred Ron Perlman) and will instead serve as a closer adaptation of the source material.

The movie will be produced by Larry Gordon, Lloyd Levin, Mike Richardson, and Phil Westgren and will also be written by Andrew Cosby, Christopher Golden, and series creator Mike Mignola. The film will have a greater emphasis on horror than its predecessors and – like many superhero movies these days – will also have an R-rating.

As the poster above indicates, Hellboy: Rise of the Blood Queen is set for a 2018 release date, suggesting that filming will begin in the next few months.