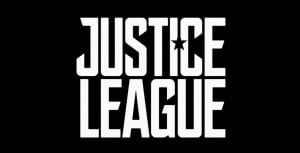 Superman himself, Henry Cavill has taken to Instagram to reveal some brand new promotional art from next year’s Justice League. The Man From U.N.C.L.E. star has been in London shooting the highly anticipated Zack Snyder film, and while visiting Make A Wish Foundation, he brought the lovely children some brand new looks at the entire Justice League consisting of Batman, Cyborg, The Flash, Aquaman, Superman and Wonder Woman. Cavill appeared to the children dressed in character as the Man of Steel in what could only be described as awesome. It is also noted that Cavill is dressed in his Superman costume from Batman V Superman: Dawn Of Justice, however, there are tiny new details such as the brightened blue and red colours.

Cavill wrote, “I had the good fortune of meeting some real Superheroes last week. Orin, your strength is exceptional and Summer your support is a rock that is irreplaceable. You are both inspirations to us all!”

You can check out the awesome picture below. What do you think of the promo art for Snyder’s upcoming Justice League, and how ridiculously cool is Henry Cavill for doing something like this? In case this did not appease your Justice League fix, you can catch Wonder Woman when it flies into cinemas in July of 2017, meaning we should expect a new trailer anytime soon.