The poster is a profile shot of Henry Golding as Snake Eyes from his backside with his helmet off, as he looks behind him intensely ready for what is shaping up to be an epic origin story adventure for the fan-favorite character from the G.I. Joe franchise. This new poster comes off of the release of a slew of new stills from the highly-anticipated film as well as ahead of the premiere of the first official trailer, which Henry Golding announced would air this Sunday during the 2021 MTV Movie & TV Awards.

You can check out the brand new poster for Snake Eyes: G.I. Joe Origins down below: 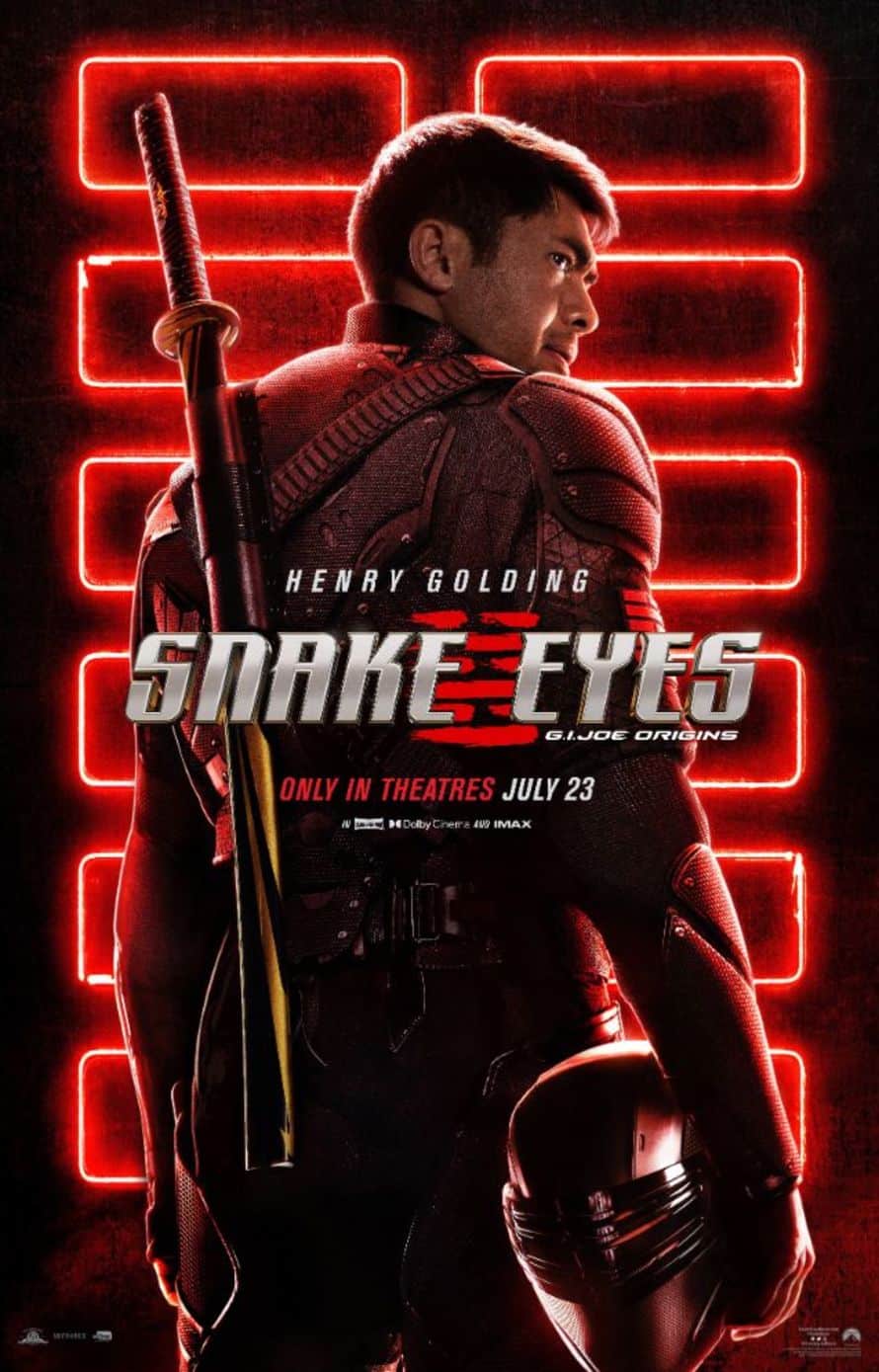 What are your thoughts about the first official poster at the G.I. Joe spin-off? Do you think Henry Golding will make a good Snake Eyes? Sound off in the comments below.

Snake Eyes is now scheduled to be released on July 23, 2021. Stay tuned for all the latest news on the future of the G.I. Joe franchise and be sure to subscribe to Heroic Hollywood’s YouTube channel for more original video content.