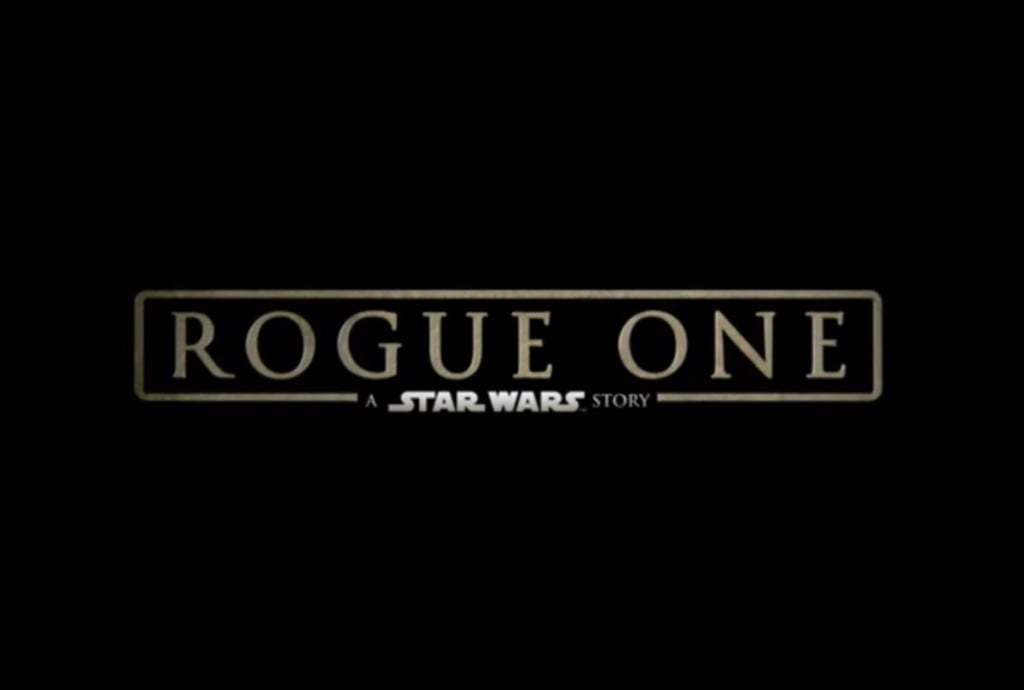 It’s been almost exactly a month since the first trailer for Rogue One: A Star Wars Story hit, and now, thanks to intrepid Instagram user work22, we’re getting to see its newly unveiled teaser poster.

Don’t get me wrong, I’m super-duper excited for the release of Rogue One later this year, but the logo-on-a-black-background school of poster design isn’t exactly getting me hot and bothered.

But I suppose that’s modern movie marketing for you. Everyone at Disney knows that everyone is going to see the new Star Wars movie, so they hardly need to market it. Why spend the time, money, and effort designing a high-quality poster image when slapping the logo image into a backlit case will do the job just as well?

But whatever, a phoned-in poster isn’t likely to dampen your enthusiasm for the movie, and it hasn’t dampened mine either. Hopefully the final one sheet for the film will be better, but if not, I’m sure the good folks over at Mondo will eventually fill the need for a Rogue One poster that’s actually worth hanging on your wall.

We’ll update this story as soon as Lucasfilm releases the poster online, but in the meantime you can probably mock up your own in Photoshop in about 5 minutes.