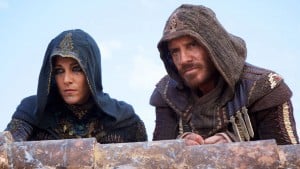 Assassin’s Creed will be Hollywood’s latest attempt at breaking the streak of critical and financial failures when it comes to adapting video games to the big screen. While fans of the Assassin’s Creed video games may hold out hope that this film will be the one to elevate the genre, a recent interview with director Justin Kurzel revealed that the film adaptation will be making a minor change to the Assassin’s Creed mythology that could have wider implications.

Speaking with Total Film magazine, Kurzel revealed that every scene taking place in a historical setting will use Spanish dialogue. While cut scenes in the video game that took place in a historical setting were in English, Kurzel explained that the reason for the language change in the film was to lend a greater authenticity to those sequences. Speaking further on the matter Kurzel said:

“I just love the fact [production company] New Regency embraced it. We did play around with English as well, but it was really obvious what you wanted as soon as you went back and started speaking beautiful Spanish. It really adds an exoticness and richness to the film.” 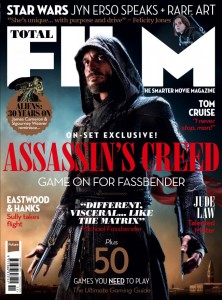 What seems like a minor and perhaps even welcomed change to some could lead to greater alterations to the Assassin’s Creed mythology. Historical settings in the video game series are brought about by the players ability to relive the life of their ancestors, made possible by a virtual reality machine called the Animus. Designed with a built in translator, the Animus has allowed players to travel to 15th century Spain, where the games are predominantly based, without the need for subtitles.

Having the historical scenes use Spanish dialogue suggests that not only will the Animus no longer use a translator in the film, but that audiences will be required to read subtitles for those sequences. While plenty of audience members won’t take issue with this, it does confirm that when it comes to the Assassin’s Creed mythology the film will be making changes, something die hard fans of any property have been hostile towards in the past.

You can read the rest of the interview with Justin Kurzel as well as interviews with cast members when the latest issue of Total Film is released on Friday.

Would reading subtitles negatively affect your viewing of the film or is this a welcomed chance for ‘exoticness’? Sound off below!