Hey everyone. Had to get back to L.A. and do face time with sourcing to get to the bottom of some of the mysterious roles in Suicide Squad.

So what’s the latest? According to my guys here, and you can take this with a grain of salt, completely understood, all good, that Common is in fact Abel Tarrant aka Tattooed Man. Meh. Pass. So many other characters he could have played and they pick that cornball from the comics. It’s kind of obvious now considering the Just Jared set pics those paparazzi photographers been scoring off the Suicide Squad set.

Now what about Scott Eastwood? Ok, for starters, because I was so eager to get it out the gate, I got it wrong. I’m sorry. My bad. Won’t happen again. So granted what I am about to say may make you a tad hesitant, but again take with a grain of salt. Hopefully I can make up for the Steve Trevor thing by dropping Eastwood’s rumored role and pray I get it confirmed by comic con. If at first you don’t succeed, try again. That’s my motto.  So here is another shot. One of my guys saw the name on Eastwood’s chest they’re fiercely protecting. My source made out the last name: WILSON. Then he made out the first name which is just a letter: S. Yes, S.Wilson as in SLADE WILSON aka DEATHSTROKE! 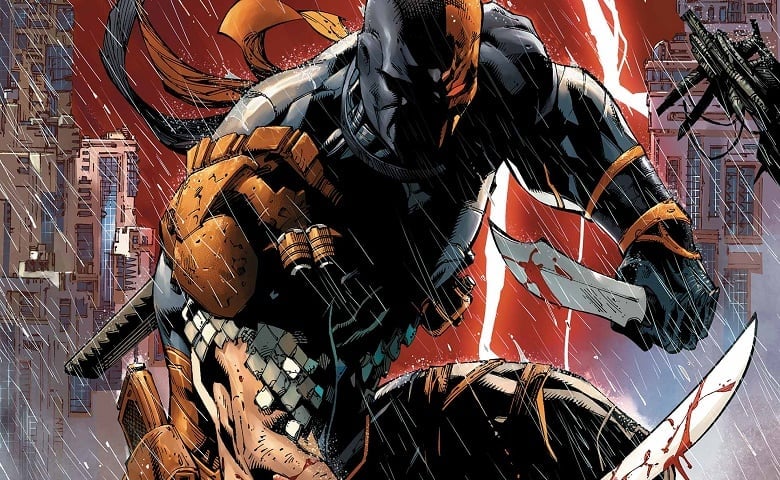 What we know for now is that Eastwood is playing a soldier which is big clue number one. Clue number two is the intense secrecy around his role. Again, take with a grain of salt until comic con, but I have a feeling I’m on the ball this time around.

I suspect the Slade Wilson we get in Suicide Squad is pre-Deathstroke so by the end of the movie Wilson could in fact be full on Deathstroke after some event in the third act. Eastwood is quite an up and comer who signed a multi pic deal with Warners. It’s got to be for some meaty role.

My two cents. Comic con is just three weeks away so we will know by then.