As if the days leading up to San Diego Comic-Con couldn’t possibly be more hyped. Every company that will have a presence there is trying to build a buzz heading in and leave a lasting impression when it’s all over. Hot Toys seems to be no different, in an image posted via social media on Wednesday that teases seven 1/6th scale figures from the upcoming Justice League film. You can check out the image below. 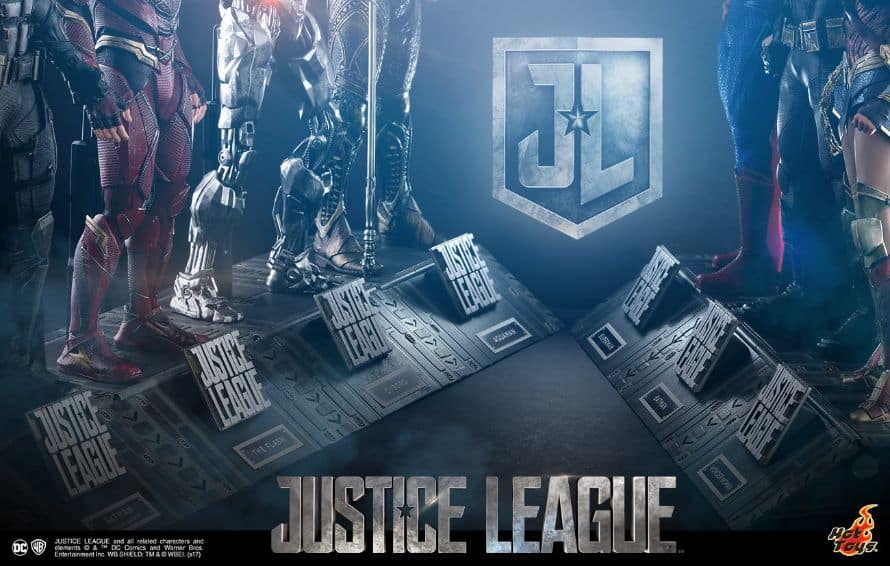 The image was posted with the following caption:

The team of people with special abilities is coming together! Are you ready to meet the League?

Prepare yourself for this new epic line-up from Hot Toys!

Now, of course, when the words “Justice League” and “seven” are mentioned in the same sentence, it’s easy to draw some pretty bold conclusions as to who that seventh member may be. Green Lantern? Martian Manhunter?

In this case, it’s another Batman and the nameplates can confirm that. The left side starts off with what looks to be an armored Batman, Flash, Cyborg and Aquaman. For the right side, Wonder Woman is up front next to a less battle-ready Batman. And who’s next to the caped crusader? Spoiler alert: Superman is in this movie and he’ll also have a presence in the Hot Toys display.