The Hong Kong Toy Fair 2016 is right around the corner, and as such Hot Toys has been revealing their exclusives for the event. The Knightmare Batman figure based on the nightmare sequence in Batman V Superman: Dawn of Justice has been revealed as one of those such exclusives.

In DC Comics’ blockbuster Batman v Superman: Dawn of Justice, audience and fans were intrigued by the “dream” Bruce Wayne had. Equipped with desert gear and guns, Batman battles waves of Superman’s minions and monsters in an apocalyptic world. Many fans have been anticipating the release of this unique look of Batman and today, Hot Toys is excited to officially introduce the 1/6th scale Knightmare Batman collectible figure as a Toy Fair Exclusive item. 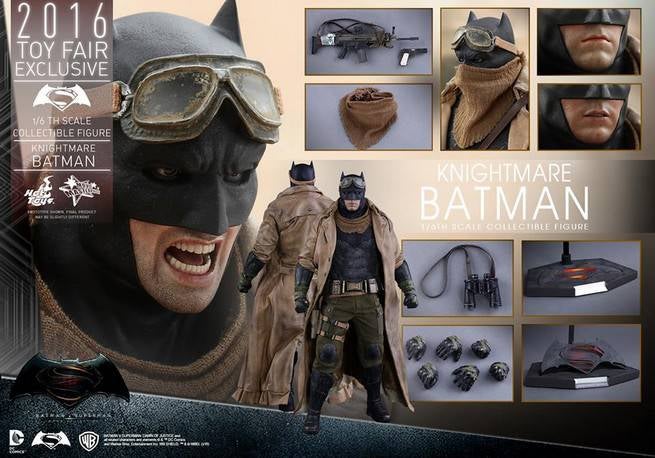 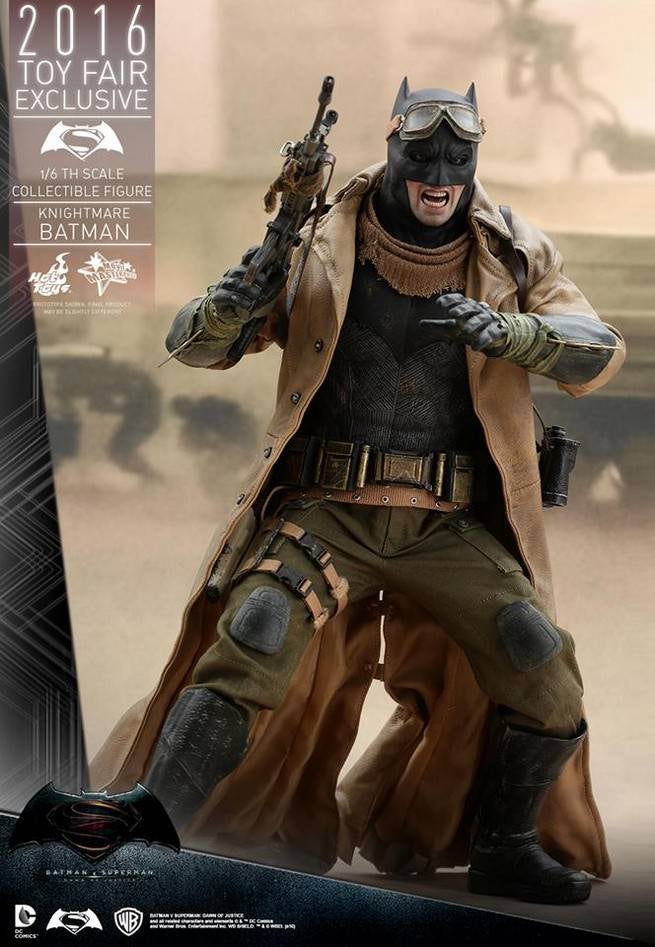 Batman v Superman: Dawn of Justice Ultimate Edition is out now on Blu-Ray/DVD and digital.