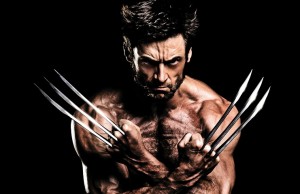 Wolverine has had a bloody history, and a new video has revealed just how many people Logan has killed in the movies. Hugh Jackman has played the character a total of eight times now, and Mr. Sunday Movies has created a supercut of all of Logans’s kills (although excluding his rampage in Apocalypse, which would likely add about twenty more). The final result: a whopping 90 kills.

Hugh Jackman is also preparing for his final outing as Logan for the third Wolverine film and has posted a picture of him at the gym sporting a new beard.

While his beard is in its early stages if he is aiming for the “Old Man Logan” look, which Wolverine 3 is reported to take inspiration from, he is definitely on the right track with the beard’s shape.

The adaptation of the “Old Man Logan” storyline will have to make some changes due to character rights, primarily Professor X, played by Patrick Stewart, taking the place of Hawkeye as Logan’s travel buddy. Boyd Holbrook and Richard E. Grant have been cast as the films villains.

The budget for the film has been revealed to be $127 million. James Mangold, director of The Wolverine, will be returning to direct, and the film stars Hugh Jackman, Patrick Stewart, Boyd Holbrook, Richard E. Grant, Stephen Merchant, Eriq La Salle and Elise Neal.