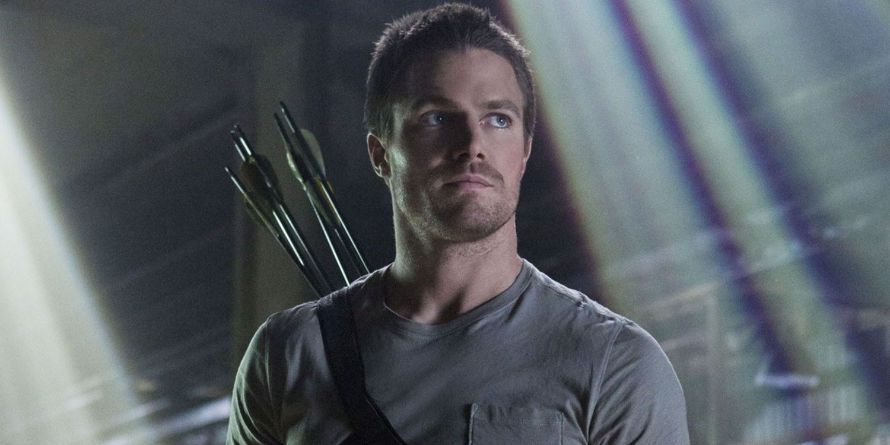 We haven’t seen much of Jessica De Gouw’s The Huntress in Arrow since the show’s early years, but according to Arrow showrunner Marc Guggenheim, the time may be right for a return.

In a recent interview with CBR, Guggenheim was asked about the possibility of seeing De Gouw return to the show as The Huntress. Here is what the showrunner stated:

“I want to say, ‘Absolutely.’ Jessica De Gouw has expressed an absolute willingness to come back. Jessica’s a favorite actor of mine, and the Huntress is a favorite character of mine. I want to make it happen in Season 6. We’ve got some plans for the later half of the year that I think she will fit into really well, so we’ll see.”

The Huntress has not been seen anywhere in the Arrowverse since the Arrow Season 2 episode “Birds of Prey.” She seems long past due for a return to the series. While I like The Huntress from the comics, I wasn’t a particularly big fan of the way the character was portrayed in the show, but that might have changed had the character popped up more often. I’m looking forward to seeing what the writers can do with the character in Season 6. It might be pretty cool to see Huntress do a full on villainous Birds of Prey team up with Black Siren (Katie Cassidy).

After a violent shipwreck, billionaire playboy Oliver Queen (Stephen Amell) was missing and presumed dead for five years before being discovered alive on a remote island in the North China Sea. He returned home to Star City, bent on righting the wrongs done by his family and fighting injustice. As the Green Arrow, he protects his city with the help of former soldier John Diggle (David Ramsey), computer-science expert Felicity Smoak (Emily Bett Rickards), his vigilante-trained sister Thea Queen (Willa Holland), Deputy Mayor Quentin Lance (Paul Blackthorne), brilliant inventor Curtis Holt (Echo Kellum), and his new recruits, street-savvy Rene Ramirez (Rick Gonzalez) and meta-human Dinah Drake (Juliana Harkavy). Oliver has finally solidified and strengthened his crime-fighting team only to have it threatened when unexpected enemies from his past return to Star City, forcing Oliver to rethink his relationship with each member of his “family.”

Arrow returns for its sixth season on Thursday, October 12 at 9pm ET on The CW.