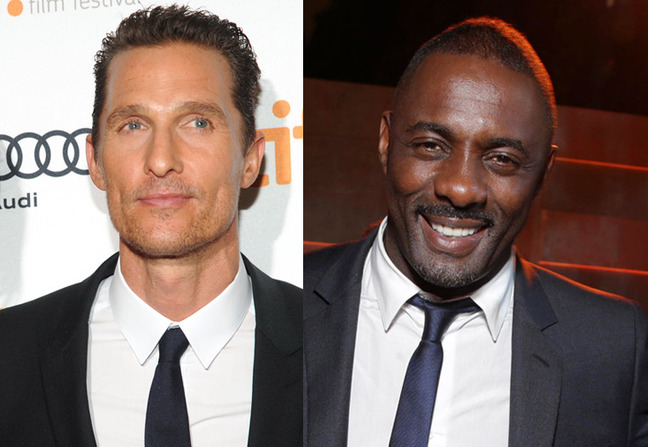 Author Stephen King took to Twitter to announce that the film adaptation of The Dark Tower has found it’s two leading men. Idris Elba and Matthew McConaughey have signed on to the adaptation. Nikolaj Arcel will be directing and co-writing.

It’s official: The man in black fled across the desert and the gunslinger followed. #DarkTowerMovie@McConaughey@IdrisElba

Elba has been confirmed as the gunslinger and McConaughey will be the “man in black” the mystical villain. The two actors are already getting into character, engaging each other over Twitter.

.@idriselba come and get me, I look forward to it. #DarkTowerMoviehttps://t.co/4gxqm2GPo3

The Dark Tower is already an extremely series of novels. The movie has taken a long time to get off the ground. King spoke to Entertainment Weekly about the process which finally allowed the film to go into this stage of production.

“The thing is, it’s been a looong trip from the books to the film. When you think about it, I started these stories as a senior in college, sitting in a little sh-tty cabin beside the river in Maine, and finally this thing is actually in pre-production now. I’m delighted, and I’m a little bit surprised.”

The movie will be going into production seven weeks from now in South Africa.