It seems that the upcoming Swamp Thing show will be showing how dangerous the titular character is, as a new image from the DC Universe series reveals a less than friendly creature.

The image in question shows an up-close look at Swamp Thing for the DC Universe streaming service, who has a grim look about him. His face almost seems angry as he looks into the camera. You can see the full image below: 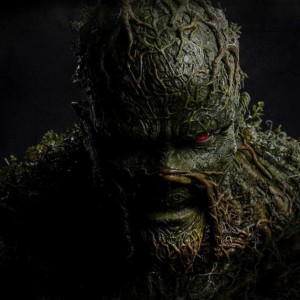 From the look of things, Swamp Thing is not going to be a happy monster in the DC Universe show!

What do you all make of this image? Are you looking forward to seeing a version of Swamp Thing that is more monster than a hero? What are your thoughts on the DC Universe’s shows? Let us know what you think in the comments below!

Here is the official synopsis for Swamp Thing:

When CDC researcher Abby Arcane returns to her childhood home of Houma, Louisiana, in order to investigate a deadly swamp-borne virus, she develops a surprising bond with scientist Alec Holland — only to have him tragically taken from her. But as powerful forces descend on Houma, intent on exploiting the swamp’s mysterious properties for their own purposes, Abby will discover that the swamp holds mystical secrets, both horrifying and wondrous — and the potential love of her life may not be dead after all.

Swamp Thing will premiere on May 31, 2019, exclusively on DC Universe.