The latest image of concept art to be shared by Transformers director Michael Bay, is of the brand new character for the movie, Sqweeks, a cuter Transformer than your average Autobot and Decepticon. Sqweeks, an Autobot that will transform into a turquoise Vespa will reportedly befriend Izabella played by Isabela Moner. 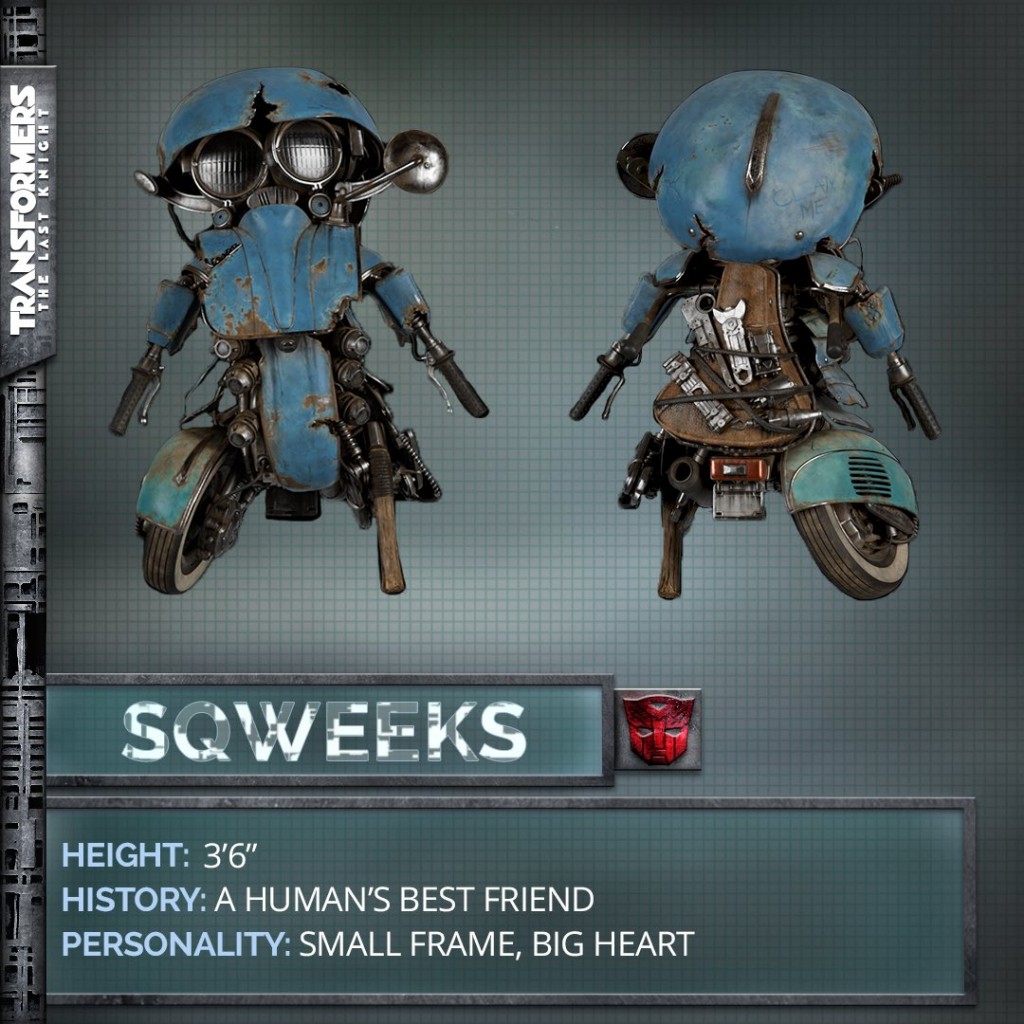 The cast of Transformers: The Last Knight will feature Mark Wahlberg as Cade Yeager returning from Transformers: Age of Extinction, Isabela Moner as Izabella, Josh Duhamel as Lieutenant Colonel William Lennox, and Tyrese Gibson as Robert Epps both last seen in Transformers: Dark of the Moon, as well as Jerrod Carmichael, Anthony Hopkins, and of course, Peter Cullen returns once again as the voice of Optimus Prime.