Not only has a follow-up to Injustice: Gods Among Us been confirmed, but we also have a first look at a promotional poster for the video game, which is titled Injustice 2. An official announcement, and perhaps even a trailer, is expected to arrive next week during the annual Electronic Entertainment Expo at the Los Angeles Convention Center.

The poster shows off Batman going up against The Flash and is apparently being sent out to various GameStop stores across the United States, according to Polygon. It will be included for free with pre-orders of the video game, which should be available after we get an official announcement. You can check out the poster right below. 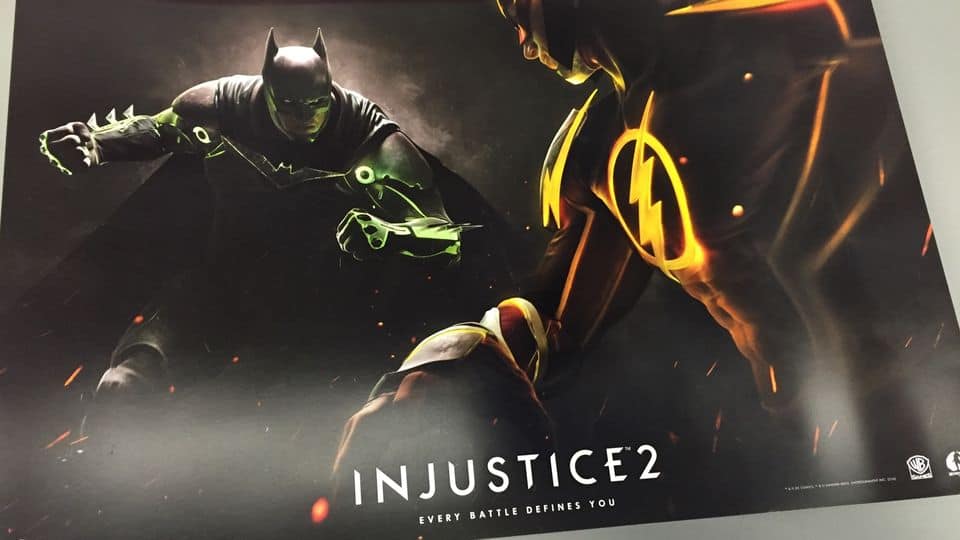 There’s not much that we know about the follow-up, but it’s safe to say that it will be released for Playstation 4, Xbox One and PC. Its predecessor is a fighting game involving various DC heroes and villains. The game was developed by NetherRealm Studios, which you may know as the studio behind the Mortal Kombat franchise.

What do you guys think? Are you looking forward to seeing what Injustice 2 is all about and will you be buying the game? Sound-off your thoughts in the comment section.