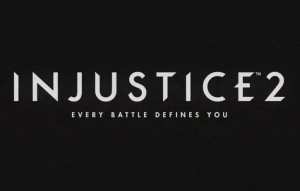 The release date for Injustice 2 is a little over one month away and fans are excited to play as some of their favorite DC Comics characters. Now, a new trailer for the highly anticipated video game has been released that focuses on Gorilla Grodd and his team of supervillains .

You can check out the trailer below!

Injustice 2 is the super-powered sequel to the hit game Injustice: Gods Among Us that allows players to build and power up the ultimate version of their favorite DC characters. Featuring a massive selection of DC Super Heroes and Super-Villains, players can personalize iconic DC characters with unique and powerful gear earned throughout the game. Additionally, for the first time, gamers can take control of how their characters look, fight and develop across a variety of game modes.

Are you excited for the game? Will you be purchasing the game for yourself? Share your thoughts in the comments section below!

Injustice 2 will be available for both the PlayStation®4 computer entertainment system as well as Xbox One on May 16.