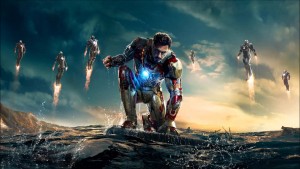 The big twist in Iron Man 3 was the reveal of who The Mandrin was, and the end result split fans on the bit twist. Making Ben Kingsley’s Mandarin an actor only playing the part while Guy Pearce’s Aldrich Killian was the true mastermind and therefore the “Real Mandarin” made die hard fans pause. In one hand, it was an interesting twist, the other hand it was a teeny tiny slap in the face. Ultimately it didn’t matter as the film grossed more than $1 billion worldwide and was a success. Director Shane Black was rumored to have had a completely different villain in mind when he originally made the film but the decision was vetoed by Marvel Studios and they went with the Killian/Mandarin angle instead. Now that villain has confirmed his/her original role in the film.

Who was the villain you ask? 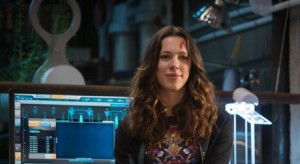 Now to be fair, this was rumored for quite some time. However, today the actress who played Mya Hansen, Rebecca Hall, confirmed the rumors were true and she was to have a much larger role in the film.

Director Shane Black had previously revealed that she had a bigger role that was ultimately reduced but did not get too specific. Hall had this to say about the role being cut.

“All I’ll say is this, on the record: There was an early draft of Iron Man 3 where we had an inkling of a problem. Which is that we had a female character who was the villain in the draft. We had finished the script and we were given a no-holds-barred memo saying that cannot stand and we’ve changed our minds because, after consulting, we’ve decided that toy won’t sell as well if it’s a female…So, we had to change the entire script because of toy making.”

This seems to continue a complaint against Marvel Studios, and films as a whole that there is a lack of equality along the lines of gender. Some complaints have been everything from the lack of marketing on toys featuring female superheroes to their roles in the film perceived as reduced. Hall acknowledged the disparity while still giving Marvel its props for turning the corner on the issue.

“Look, (Marvel) is paying for their mistakes right now and I applaud them for casting Brie Larson in Captain Marvel. Hallelujah. It’s about time women started being the heroes of things.”

So what do you think? Would she have made a better villain that Guy Pearce? Or would you still have liked to see the “Real Mandarin?”