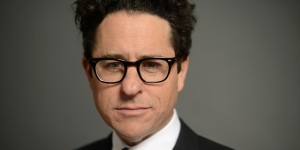 J.J. Abrams is no stranger to breathing new life into already established film franchises. Now that the new series of Star Wars and Star Trek films that he helped revive are in new hands, Abrams has his eyes set on bringing the popular video game Portal to the big screen and in an interview with IGN the director revealed than an announcement on the film may be coming soon than later.

During the premiere for his upcoming HBO series Westworld Abrams told IGN, “We have a meeting coming up next week with Valve, we’re very active, I’m hoping that there will be a Portal announcement fairly soon.”

True to form, Abrams offered very few details on the proposed film but did try to assure fans of Portal  that the creative team involved in these meetings understand why the video game appeals to so many players:

“We are having some really interesting discussions with writers, many of whom…once you said you’re doing a movie or show about a specific thing that is a known quantity you start to find people who are rabid about these things. As someone who loves playing Half Life and Portal, what’s the movie of this, it’s incredible when you talk to someone who just ‘gets’ it, it’s like, oh my god, it’s really the seed for this incredible tree you’re growing.”

Known for its unusual characters, odd humor, and puzzle solving gameplay, fans eager to see Portal be adapted to the big screen will probably be relieved to hear that Abrams has assembled a team who understand what makes the game so unique.

You can view the entire video interview with Abrams below.