Justice League is currently in production and as usual, the actors and actresses at the forefront of this comic book juggernaut. We have seen many photos of the JLA themselves in training, whether it is Superman (Henry Cavill), Wonder Woman (Gal Gadot), or Aquaman (Jason Momoa), they just continue to push through in their fitness goals, becoming the ideal heroes they can be whilst pumping iron.

But our superheroes are not alone in this situation. Our new Commissioner James Gordon, J.K. Simmons has been photographed via Instagram at a Gold’s Gym, and to say he’s looking *jacked* is quite an understatement. You look at this photo, and you would not think he is playing Commissioner Gordon but rather Oliver Queen as depicted in The Dark Knight Returns.

The Academy Award winning actor is remembered by many comic book movie fans for playing J. Jonah Jameson in Sam Raimi’s Spider-Man trilogy. If you have seen him in Damien Chazelle’s Whiplash, you would feel nothing but pure excitement to see that he’s packing on an even bigger physical presence on screen for the upcoming Justice League. I wonder if he will scream at Ben Affleck’s Batman, that things are not quite his tempo.

You can check out the photos of J.K. Simmons below. Wow. He looks like he can take on Batman with his own hands. This would be an occasion where I would not mind seeing a bald James Gordon.

Simmons was recently spotted at the LA Greek Film Festival, where he was sporting the signature Gordon-stache. Lookin’ good, J.K.! Lookin’ good. 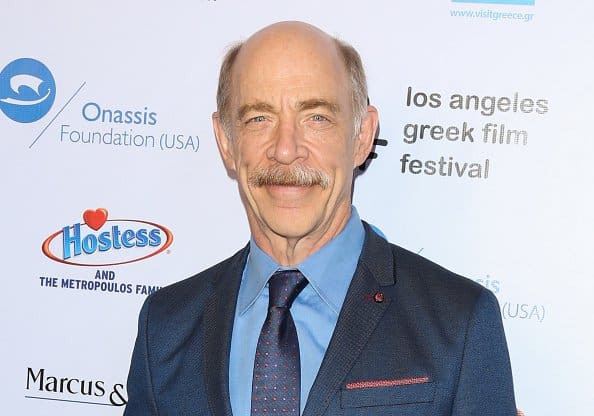