With only two months to go until its worldwide release, Paramount Pictures and Skydance Media have unveiled a brand new international poster for Ed Zwick’s Jack Reacher: Never Go Back. The movie is a sequel to 2012’s Jack Reacher, which was written and directed by Christopher McQuarrie. 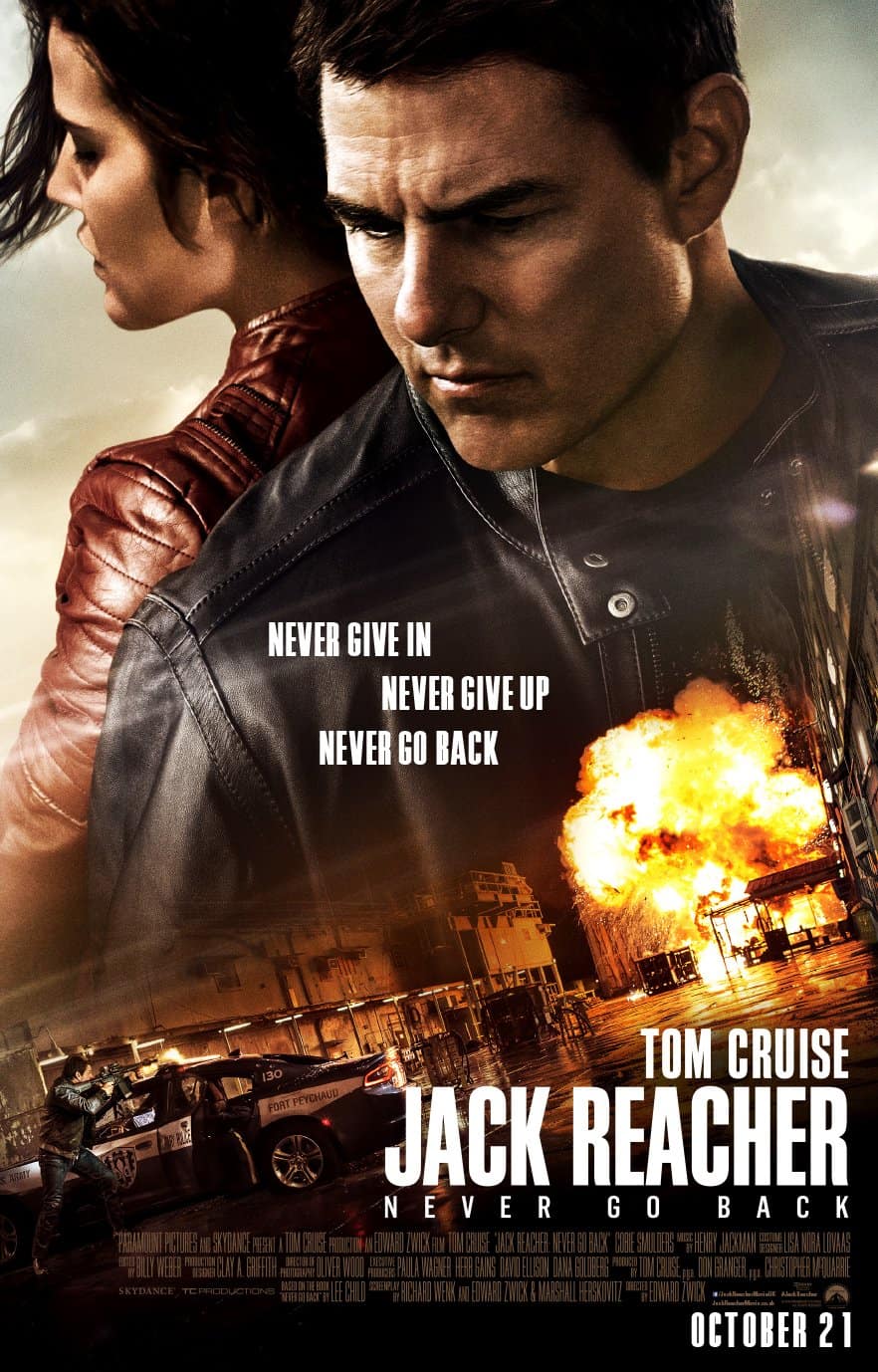 Jack Reacher: Never Go Back follows the title character as he returns to Virginia to meet the head of his former unit. But she’s missing, he’s being charged with a crime committed nearly 20 years ago, and he may even have a daughter. Making things right will lead him on a cross-country chase to uncover the truth – and maybe even a family.