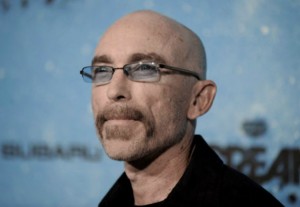 A live adaptation of the popular manga graphic novel Battle Angel Alita is currently being developed by James Cameron with Robert Rodriguez directing. The film will be titled Alita: Battle Angel.  The graphic novel created by Yukito Kishiro centers on a cyborg in a post-apocalyptic future (26th Century) named Alita who was found in an abandoned scrapyard with no memories of how she got there. The only thing she remembers is that she has exceptional martial arts skills in the art of Panzer Kuns. She ends up becoming a Hunter Warrior (bounty hunter). The manga followed her on her adventures as she tries to discover who she is.

Actress Rosa Salazar from such films as The Divergent Series: Insurgent and Maze Runner: The Scorch Trials has been cast in the titular role. Actor Christoph Waltz has also been cast in a non-specified role as well. It has just been reported that actor Jackie Earle Haley most recently seen on the AMC series Preacher and will soon be in The Dark Tower has been cast as the film’s villain. The villain is described as a monstrous cyborg so the role will require a significant amount of CGI and greenscreen effects.

Haley being no stranger to villainous roles should fit right in. In addition to Preacher and The Dark Tower past roles include Freddy Kreuger in the Nightmare on Elm Street reboot as well as recently being the supervillain in the Amazon pilot for The Tick. Of course, Haley also had an exceptional performance as Watchmen vigilante Rorschach. He seems to be the go-to creepy guy and plays it well. He’ll no doubt shine in this role as well.

Alita: Battle Angel is to start production next month and will be released July 20, 2018