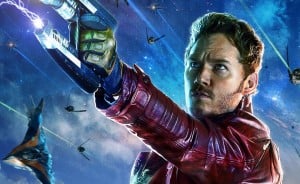 The sequel to Guardians of the Galaxy is still seven months away from release and while audiences anxiously wait for the film to hit theaters, director James Gunn has shared a new video from the first films early stages of production.

The short video captures the moment when Gunn and the production team first tried the Star-Lord mask on star Chris Pratt.

Check it out below!

It may not be an official look at the sequel, but it is fun to witness a moment when everyone working on Guardians of the Galaxy must have been anxious about how audiences would react to the film, not knowing it would become a massive financial and critical success with the films sequel being one of the most anticipated films of 2017.