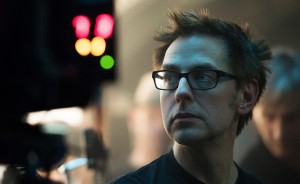 Earlier this week Guardians of the Galaxy Vol. 2 director James Gunn excited fans when he stated that a third film in the Guardians series would surely happen during an interview with Complex. While the news was welcomed by most, many questioned why an official announcement had not been made if Gunn was so certain about a third film in the series. Now, in an interview with Yahoo, Gunn clarified his comments on the prospects of a third Guardians film.

Gunn explained that plans for a third film have been discussed but that nothing is set in stone.

“There are no specific plans for Guardians of the Galaxy Vol. 3, but we know unless something goes horribly — which is always possibly, you never know — I think that Marvel would want to make another movie. [Marvel chief] Kevin Feige a year-and-a-half ago said, ‘Yeah, one of our things that we’d be thinking about will be a Guardians 3.”

Gunn discussed whether or not he will helm the next Guardians film.

“I’m just trying to figure out what I’m going to do with the next three years of my life. I love making big movies, that’s my thing. It’s not about wanting to go back and tell the story of a diseased toe for $5,000. I would like to make another big movie. So is that Vol. 3 or not? Is that the thing I’d want to do next or not? I don’t know, we’re talking about it. We’re figuring things out. And we’ll see where it goes. I’m excited about where the Guardians are gonna go, I’m excited about what they can do, and I have a thousand ideas for where the characters would go and the things they would do and what would happen next.”

Ego’s Powers In ‘Guardians Of The Galaxy Vol. 2’ Revealed

With anticipation for the second film growing as the release date draws closer, one can imagine that the film will be a box office success and that a third film will, at the very least, be discussed further.