Did you ever wonder what Groot was actually saying every time he said the only three words he knows how to say: “I am Groot”? Well, it looks as if both Guardians of the Galaxy Vol. 2 director James Gunn and voice actor Vin Diesel know very well what he is saying, and they even have their own complete specialized script with Groot-to-English translation.

Gunn shared an image of the script over Facebook, telling fans what it is and mentioning that only him and Vin Diesel have copies of the script. Check out the image below: 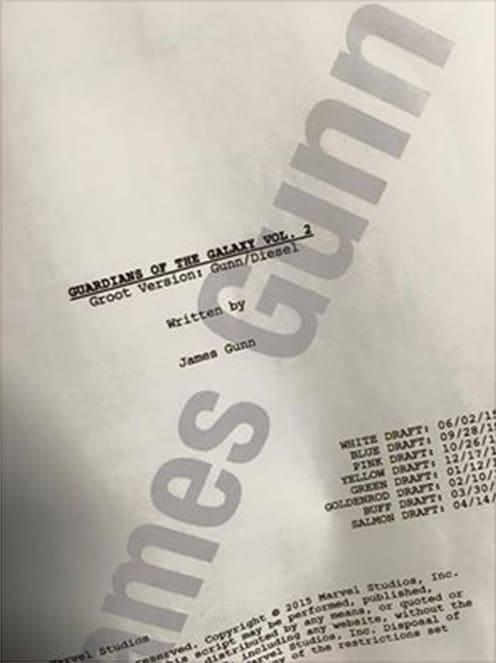 Along with the image, the caption read:

“This is the special Groot version of the script that only Vin Diesel and I have, where every Groot line is printed in English instead of Groot, so Vin will know what the various “I am Groot”s mean. I love putting this thing together.”

My best guess for the reason this even exists is so Vin Diesel has some idea of how to say his lines. If he knows what they actually mean, then he can put the proper inflections on them to make sense in the situation. When Groot says his lines in the movie, you always have some sort of idea of what he is trying to get across, just based on the way the lines are read. Even though Groot can only say three words, Gunn and Diesel still give us some way of knowing what Groot could be saying, which is one of the reasons his character is so lovable.

Are you curious about what Groot was actually saying, and would you like to see Gunn release a full Groot-to-English script? Let us know in the comments.