This image, which seemingly features a scene involving the father of ‘Star-Lord’, came along with the caption, “Another Wednesday, another shot we just shot from one of my original thumbnails. I don’t think you’ll ever guess what this one is, at least not until the film comes out (but I know that won’t stop you from trying)”. 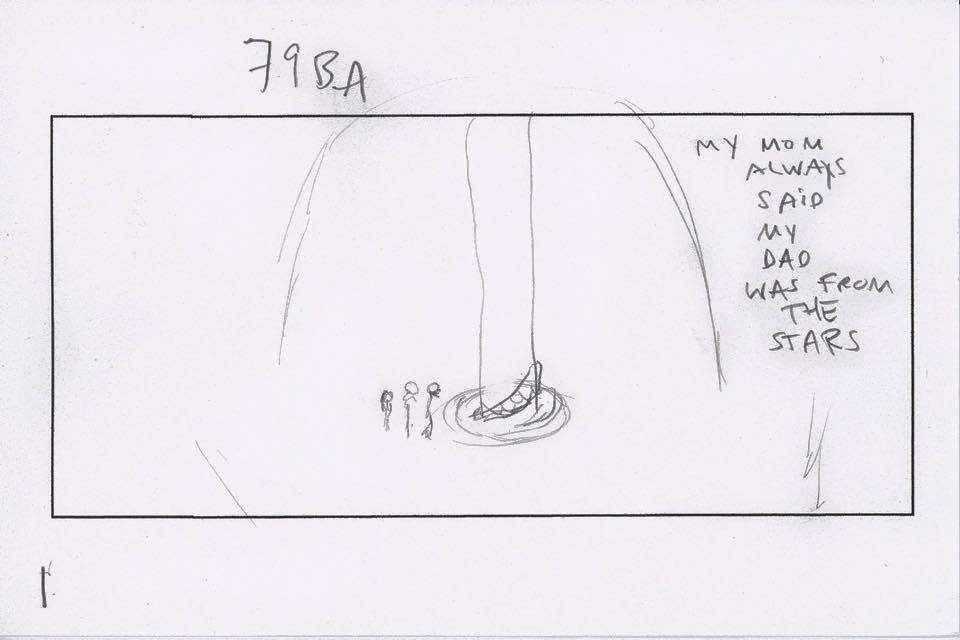 There’s been a lot of speculation about the identity of this character as well know that Gunn is going to change things up from the comics. With the character not being J’Son of Spartax, who might he be? There’s been rumors that it could be Mar-Vell but with the image seemingly appearing to be a cocoon of some sort, could it very well be Adam Warlock? Lots of possibilities and we’d love to hear thoughts on the matter in the comments section below.